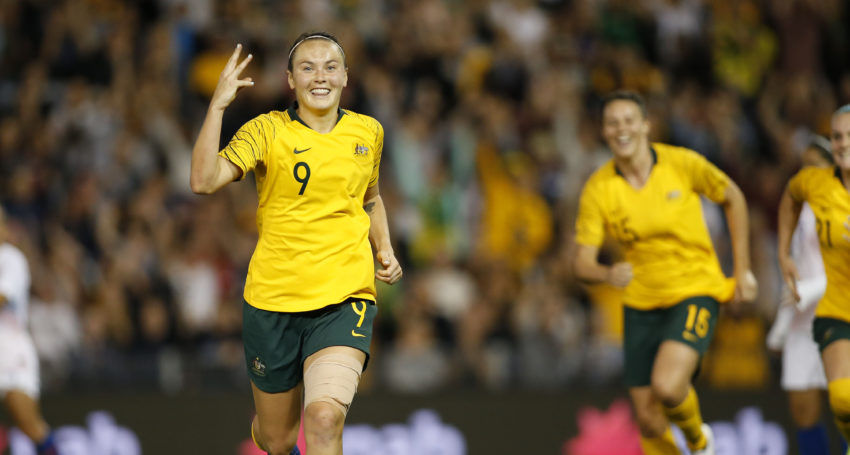 Shellharbour Matildas star Caitlin Foord has been named to play in her third World Cup, as the focus on women in sport accelerates in Australia.

Foord burst on the international scene at age 16, when she was given the best young player of the tournament award at the 2011 World Cup in Germany.

“More and more women are playing sport and my government has made a deliberate investment to provide better and more equitable facilities at our playing fields,” Prime Minister Morrison said.

The focus on women in sport is becoming an important part of Australia, as the women’s sport audience topped 10 million in the most recent seasons of the AFLW, WBBL W-League, and SSN.

Women’s Sport Australia director Frances Cordaro emphasised the need for more opportunities for women to play at local and elite levels of sport.

“She is[Caitlin Foord] an outstanding ambassador and role model for young people, in particular young women and her appointment further enhances and further encourages young girls and young women to participate in sport,” Ms Cordaro said.

Local soccer player Maddy Angel said her team has grown because of the intensity and increasing skill of women’s soccer.

“For the local competition, it’s really stepped up in the last few years, more girls are getting into sports younger,” she said

“The success of the local teams in the local comp is making them excited but it’s also because TV is finally starting to televise women’s sport more, they hear that local Caitlin Foord is one of the best players here and overseas.”