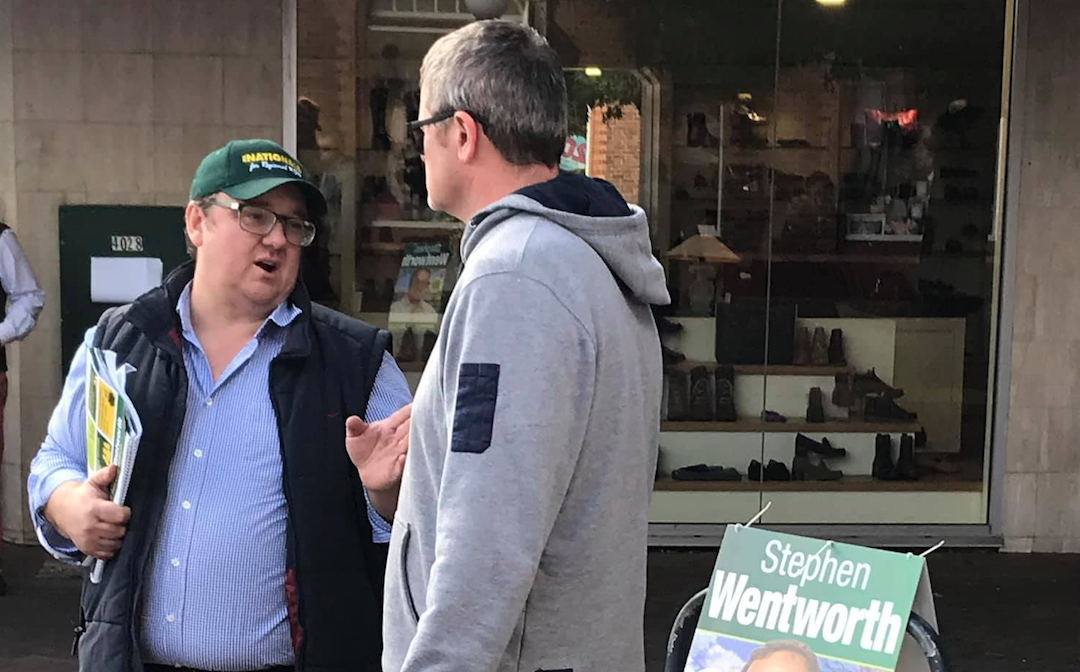 The National Party‘s Stephen Wentworth is the only Coalition candidate in the Whitlam electorate, with no Liberal candidate nominated.

Previously the electorate of Throsby, the division was renamed Whitlam ahead of the last federal election after the death of the former Prime Minister Gough Whitlam. The seat has been held by Labor since its creation in 1984.

Mr Wentworth lives in the Highlands with his wife and two children, and runs a boutique agri-consulting business. A former member of the Liberal Party, he  has been a member of the Nationals for the last eight years. Mr Wentworth grew up in Sutton Forest before moving to study at the University of Sydney.

The May 18 election will be Wentworth’s first as a candidate. He was endorsed by the National Party after previous candidate James Harker-Mortlock was unable to renounce his British citizenship.

“I think we can bring a presence to the western side of the electorate that hasn’t been felt in a long time,” Mr Wentworth told Southern Highlands’ News.