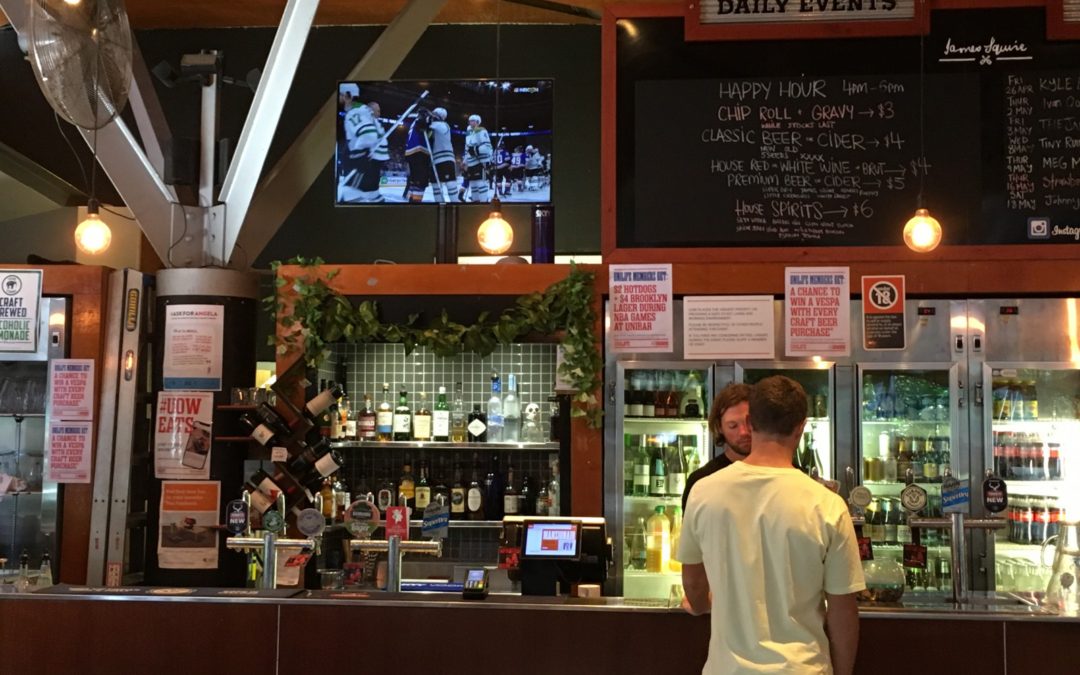 In the wake of Foxtel’s warning to a Balmain pub over its public screenings of HBO’s Game of Thrones, UOW Unibar Venue Manager Nathan Stratton has assured that the Unibar, also a Foxtel customer, won’t be facing the same kind of trouble any time soon. Nor will they risk bringing the fate of the Iron Throne to students.

“You can’t even watch it. Commercial boxes have only got the sporting channels and Channel V, that kind of stuff. So it’s pretty clear that it’s just like watching a DVD, you’ve got to have a licence to do those sorts of things,” Stratton said.

While Stratton hadn’t heard of the incident in Balmain, he wasn’t surprised to hear that a pub might be trying to bring unlicensed content to its patrons.

“I’ve heard of that happening in other small bars in the past and I think it’s one of those DIY do-it-at-your-own-risk sort of things.

“Certainly in a university bar we have to cross our t’s and dot our i’s. We wouldn’t try to do that without the appropriate licence,” Stratton said.

However, the Unibar hasn’t been without its troubles with media companies. Stratton recalls a time several years ago when the Unibar was contacted over the unlicensed use of material from the owners of the rights to Moulin Rouge, similar to the issue currently being faced by Melbourne’s Imperial Hotel.

“We had the school of medicine put on a charity event a few years ago. We didn’t have much reach. There was a Facebook event with maybe 30 people attending and Moulin Rouge’s legal team told us to pull it all down otherwise they’d take further legal action. That was only live for the best part of six to eight hours.”

“It was a mistake, I was completely unaware,” Stratton said, highlighting the potentially unknown risk that public venues take when capitalising on popular intellectual property.