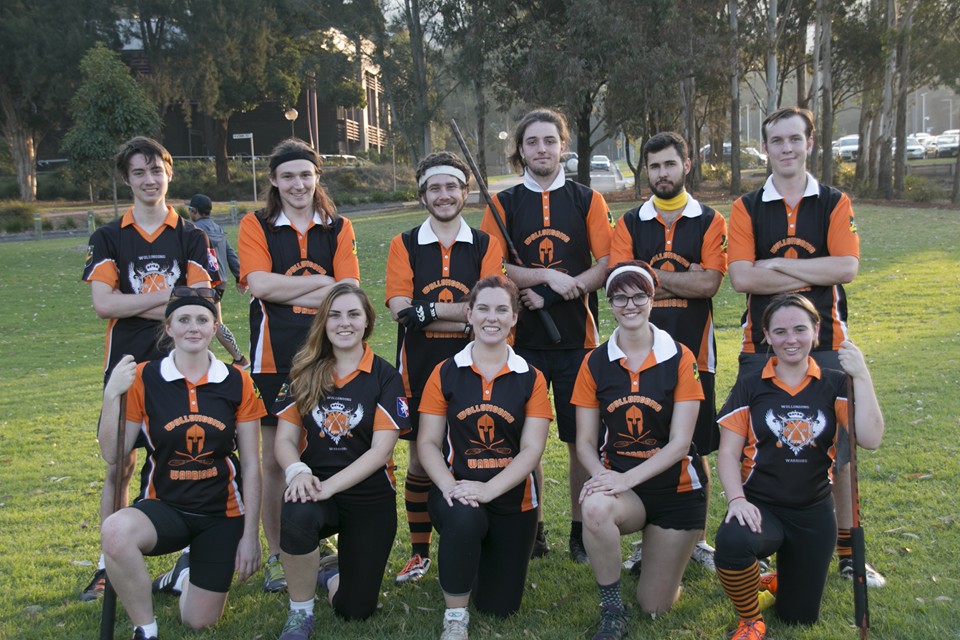 The Quidditch Cup is back in full swing, and the Wollongong Warriors have snitched up their first win.

The Warriors grabbed their brooms and took flight in Minto over the weekend to battle teams across NSW. They worked their magic with a win against the Macarthur Weasleys, but teams from the University of Sydney and Macquarie proved too good for the Wollongong contingent.

“We are very happy with the result and winning against Macarthur is huge,” Wollongong Warriors president Krystina Semmler said.

“We’re not the most competitive team, but we encourage each other to have fun and have a go.”

For our magic sceptics, Quidditch is a sport inspired by J.K. Rowling’s Harry Potter series. The Warriors are the product of the University of Wollongong’s Harry Potter Society, and its members recreate the game outside the fictitious world. The game is known for its inclusiveness and Harry Potter appreciation.

“I found the sport in O-Week last year. I was already a massive Harry Potter nerd so it seemed like the right fit for physical activity and geekiness,” Semmler said.

“I’ve never looked back since joining. I’m now president of the club and love my team like a family.”

The game has five balls: the Quaffle, Bludgers and Snitch. Three players try to score points by hitting the ‘Quaffle’ through outside hoops, while other players try to knockout their opponents by throwing ‘bludgers’ at them. Meanwhile, the king ‘Snitch’ needs to be snatched to end the game.

All players must be mounted on their broomstick at all times. Each player has a role. and the amount of points they score depends on what ball they touch.  A ‘Chaser’ can score 10 points if they throw the Quaffle through the hoops, and a ‘Seeker’ can score 30 when they catch the Snitch. Players with a higher level of agility are likely to be a ‘Seeker’.

“It’s so fun but there’s a lot of elements that make it difficult to play. There’s the chaser, the beater and seeker, but essentially you break it down into skillsets and everyone works on improving themselves in their position,” Warriors team member Portia O’Connor said.

“Really it’s just a bunch of nerds trying to stay physically active and social at the same time.”

The game has gathered momentum in towns and universities across Australia, as well as in the UK and USA. It has also been labelled internationally as ‘more than a sports league, but a gender inclusive game’, with male and female players welcomed on the pitch.

“Although it looks silly it can be a competitive sport with a quirky, fun element but most importantly, it has a community that shares a common interest,” O’Connor said.

“Also being a mixed gender sport, it brings in so people who want to have fun and who wouldn’t usually play intense sport.”