Nationals’ runner piling on the pressure in Gilmore 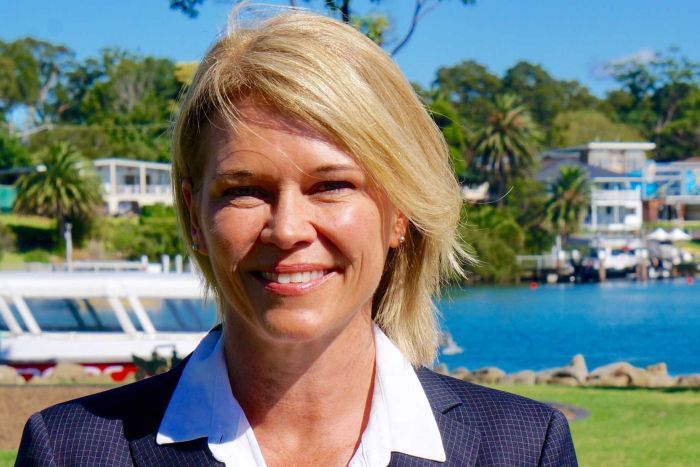 Gilmore Nationals candidate Katrina Hodgkinson keeps a distance from the controversies that have occupied her Liberal coalition partners.

When asked on the ABC about the replacement of local Liberal pick Grant Schultz with former Labor boss Warren Mundine, she stepped carefully.

“I won’t be focused on other candidates or other political parties,” Ms Hodgkinson said.

“Let the others deal with themselves.”

For the most part, so far, it’s been a tight campaign, focused on local issues.

Like the other major candidates in this four-corner raced, Ms Hodgkinson has prioritised safety upgrades for the Princes Highway. From 2013-17, 31 people have been killed on the highway stretch between Kiama and Tuross Head. It’s become a key issue in the electorate.

Other focuses for the Nationals are veteran support, local satisfaction with the NDIS and greater representation for dairy and cattle farmers.

Issues aside, one of the strongest features of Ms Hodgkinson’s pitch to Gilmore voters is the promise to ruthlessly pursue their interests, with 18 years in the NSW parliament to help her cut through.

“In regional areas, it’s a little tougher because you are just that bit further away from the city. You don’t live in the city. The premier doesn’t necessarily visit your area very often, so you’ve got to really get in there and fight.”

Pressing her message on Sky News, she drew on her decision to cross the floor and vote against the NSW government ban on grey hound racing, which lead her to be dumped as a Parliamentary Secretary.

“That (position) doesn’t matter to me one dot,” she told the ABC at the time of the debate.

What is the one thing the seat of Gilmore needs?@The_Nationals candidate @KatrinaHoddy: What the electorate needs is a good representative live me, who will fight every day for all of the issues that people are facing in this electorate.

However, an ANZAC Day report from The Guardian raised concern over conflict of interest from her continued employment with lobbing firm, Barton Deakin, though Mrs Hodgkinson doesn’t think that will turn voters off her.

“I don’t see why. Everybody works,” she said.

“I think if I was still working, then I wouldn’t be able to campaign. I’ve taken formal leave.”

Mr Hodgkinson has also denied there is conflict of interest.

Even if she isn’t elected, Mrs Hodgkinson could leave a legacy this election. Her entry into the race delivers a three-way split in the conservative vote between the Nationals, the Liberals and former Liberal turned independent Grant Schultz. The split in Coalition ranks highlighted by the outgoing Liberal member for Gilmore, Ann Sudmalis, endorsing Ms Hodgkinson over her own party.

“People overall, overwhelmingly, are really happy to have a wide choice of candidates,” Ms Hodgkinson said.

There are seven in the race for Gilmore, four considered serious chances, and national eyes are on the electorate with a thin 0.7 per cent margin.