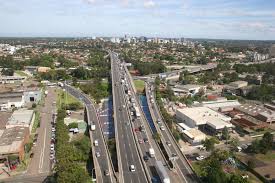 The looming federal election has shone a light on issues in the electorate of Gilmore.

“Improving the Princes Highway has got to be the number one issue,” Ms Hodgkinson said.

Mr Mundine said the NSW South Coast community relies on the highway for prosperity and safety.

He said the recent federal government pledge to invest of $500 million in the road would be “ a boom for our local economy, improving freight routes and generating local construction jobs.”

The Princes Highway was opened in 1920 and while there have been significant upgrades since, parts of the original highway have fallen into disrepair.  As public transport is limited in Gilmore, most residents rely on cars to get around. Additionally, the Princes Highway is renowned for traffic accidents and traffic jams.

Mental health has also been identified as a pressing issue in regional areas. Young men in regional areas have particularly high rates of suicide – up to six times more likely in very remote areas than their urban counterparts. This is largely due to less access to services, social isolation and the stigma around mental health. A report by the National Rural Health Alliance shows the prevalence of psychiatrists, mental health nurses and psychologists decreases with remoteness.