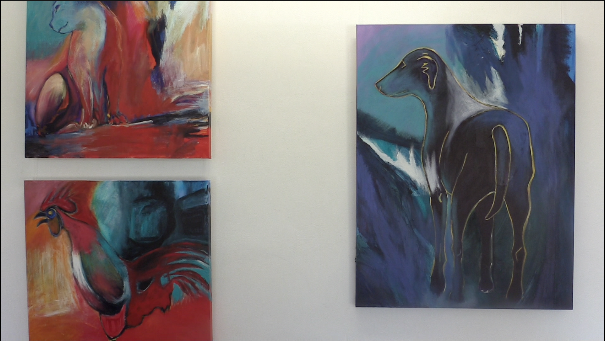 The exhibition is a showcase of the talents of five local artists who have collaborated in the Thread exhibition since 2015.

The women showcase their individual art of sculptures, paintings and multimedia pieces.

One of the artists, Moira Kirkwood, has organised the event since it’s beginning in 2015.

“With Thread there’s that idea of continuity and perhaps of labour, women’s work, and art practice is very much like that,” she said.

“It’s a long term goal, it’s something that you have to keep at.”

As well as the art gallery exhibition, Red Point will have studios open with working artists and art and raft stalls as part of the event.

Thread IV runs from the 11th to the 28th of April, with the official opening this Saturday.