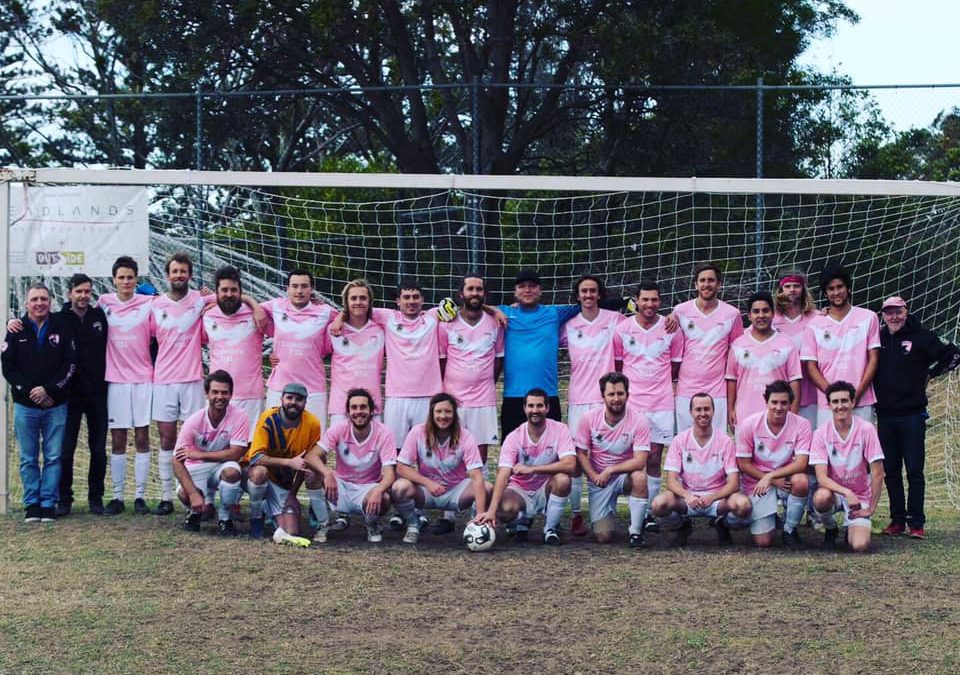 The Coledale Waves have become the first Illawarra team to move through to the fifth round of this year’s FFA Cup.

In a nail-bitting match at Ian McClennan Park in Wollongong last night, the Waves snared victory with a 1–0 win over favourites Manly Allambie United FC.

Coledale is the only Illawarra team to win two matches in the knockout competition, and are now one of the few remaining amateur clubs left in the competition.

Club Captain Declan McMullen said it was a tight game, with both teams defending and attacking well.

“It was a see-sawing tight affair in the match, a game of contrasting styles from us and Manly,” he said.

“That created a game where both teams had plenty of good chances to score, and it took until the end of the second half for the dead lock to be broken.”

The only goal was scored 70 minutes into the match by the Waves’ holding midfielder Duane Byrnes.

“I came on in the 60th minute, which gave me a lot of time to read the defenders and see what they were doing,” Brynes said.

“I took a great ball from my teammate Kieran Smith, who scraped underneath a few of their defenders, and I was able to kick it in on the right-hand side and that got us up one-nil.

“I had shivers after I scored that goal.”

The Waves entered the FFA Cup for the first time last year, but they were knocked out in the first round –  4-0 to Penrith.

McMullen said increased training was the difference this time around.

“I think last year we went into the FFA a little underdone,” McMullen said.

“This year we really ramped up our preparations in pre-season training, and we had a few trial matches that got us ready.

“We’re just an amateur club and a bunch of friends, so it’s unlikely that we’ll take out the FFA Cup, as it later involves A-league teams, but it’s a great achievement to have won what we have, especially as our club only originated with a junior team.”

Open to any football clubs across Australia, there are 32 preliminary knockout rounds before finals commence.

The match fixtures for round five will be announced at the end of the week, and will determine who the Coledale Waves face next.

Other Illawarra teams, including Wollongong FC, University of Wollongong FC and Coniston, will play round four matches of the FFA Cup later this week.