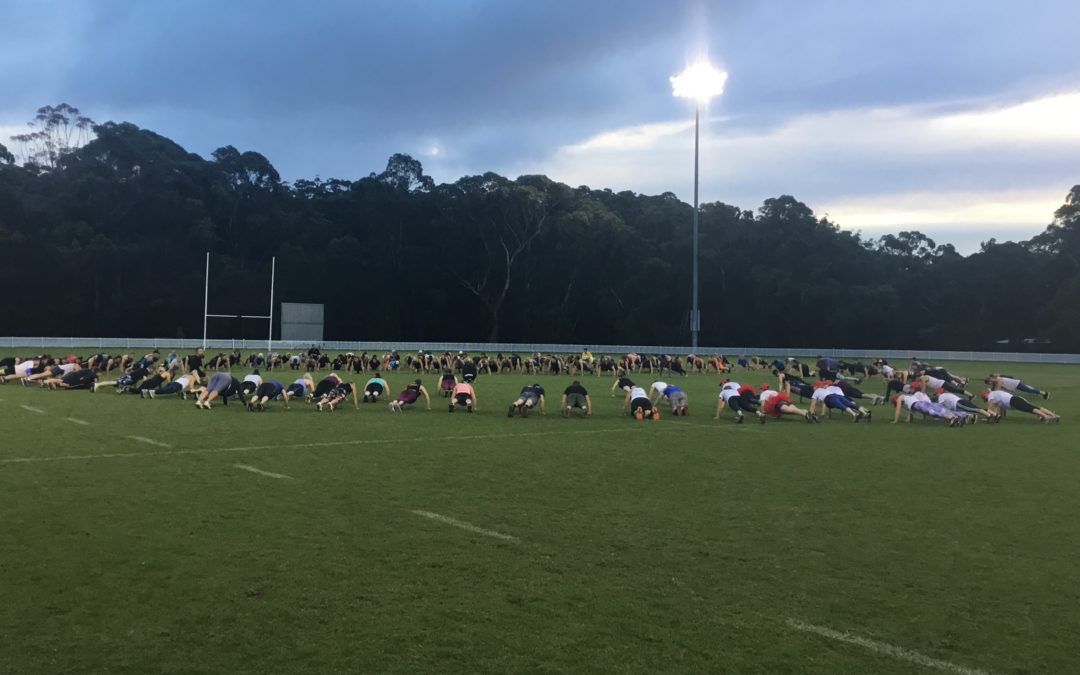 Grass and mud-stained knees jogged, sprinted and crawled their way across the University of Wollongong this morning to raise funds for motor neurone disease.

The Go Commando for Motor Neurone Disease appeal raised $5,882, which will be used to help fund motor neurone disease research carried out by Professor Justin Yerbury and his team at the Illawarra Health and Medical Research Institute (IHMRI).

Motor neurone disease (MND) causes the progressive degeneration of motor neurones, the nerve cells associated with muscle movement and control. Approximately 2000 Australians currently live with the disease, and Prof. Yerbury and his team are attempting to develop a clinically-tested treatment for MND.

Commando Steve from the television series The Biggest Loser led the charge, putting the group of nearly 200 through their paces. Participants worked up a sweat as they enjoyed a range of cardio, core and resistance training.

The workout was followed by breakfast and question time with IMHRI researchers.