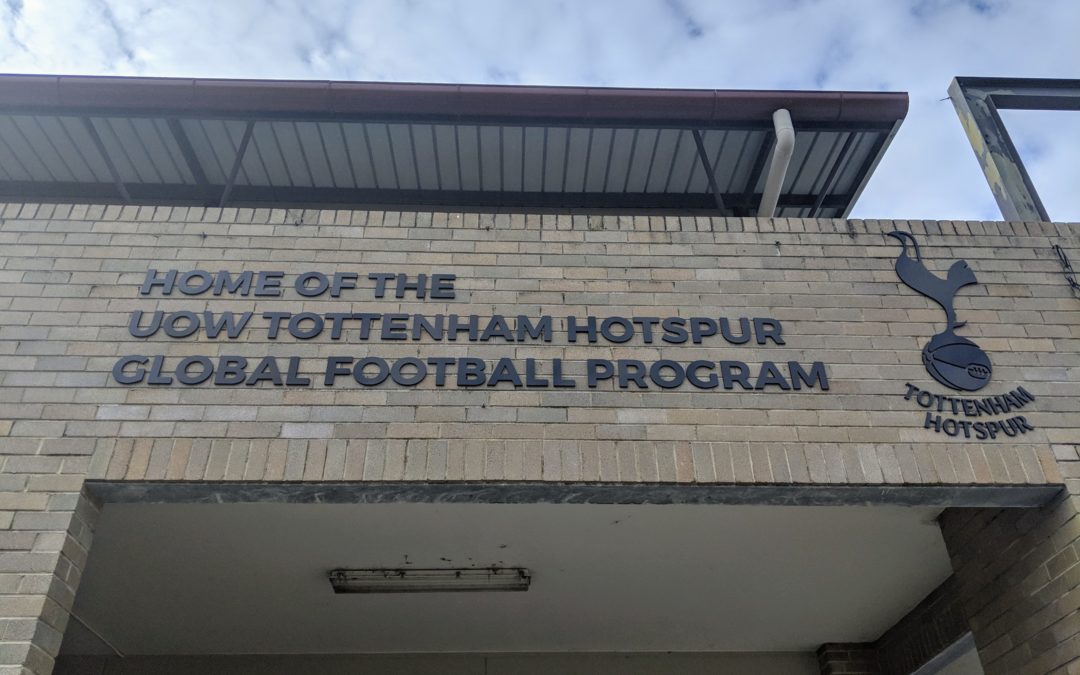 The University of Wollongong’s partnership with English footballing giants Tottenham Hotspur has taken another step forward this week, with coaches and ambassadors undertaking technical sessions with local associations Wollongong Wolves and the Illawarra Stingrays.

Former Socceroo and Illawarra Stingrays head coach Scott Chipperfield said the program would offer a fresh avenue to elite football for the South Coast, and that the technical sessions done this week with his own team would provide a taste of what’s to come.

“I can only comment from the Stingrays, but in the past few years we’ve lost a lot of players to Sydney Uni, so if we can keep the best players in the region it’ll be great for us,” he said.

“From a guys point of view, the 17-18 year olds are probably already in the system, but you could find a late bloomer that could end up at Spurs.”

Announced last year, the partnership will see certified Spurs academy coaches train students for 16-20 hours a week, over a 36-week, while they study at UOW.

Spurs ambassador and academy graduate Ledley King will also be at UOW and said the players would help the players reach their full potential.

“As a young player you are encouraged to express yourself as much as possible (at Tottenham). This is what you want, players that can go out there and perform and do something a little bit different to everyone else,” King said, at the time of the announcement in 2018.

“That’s why we’re able to have players like Harry Kane and Harry Winks come through our youth system, and transition into first team football straight away, because of the education the young players receive.”

Applications for the UOW Tottenham Hotspur Global Football Program open Friday, March 29. For any enquiries and to register interest about the program, please visit https://www.uow.edu.au/future/football/index.html.