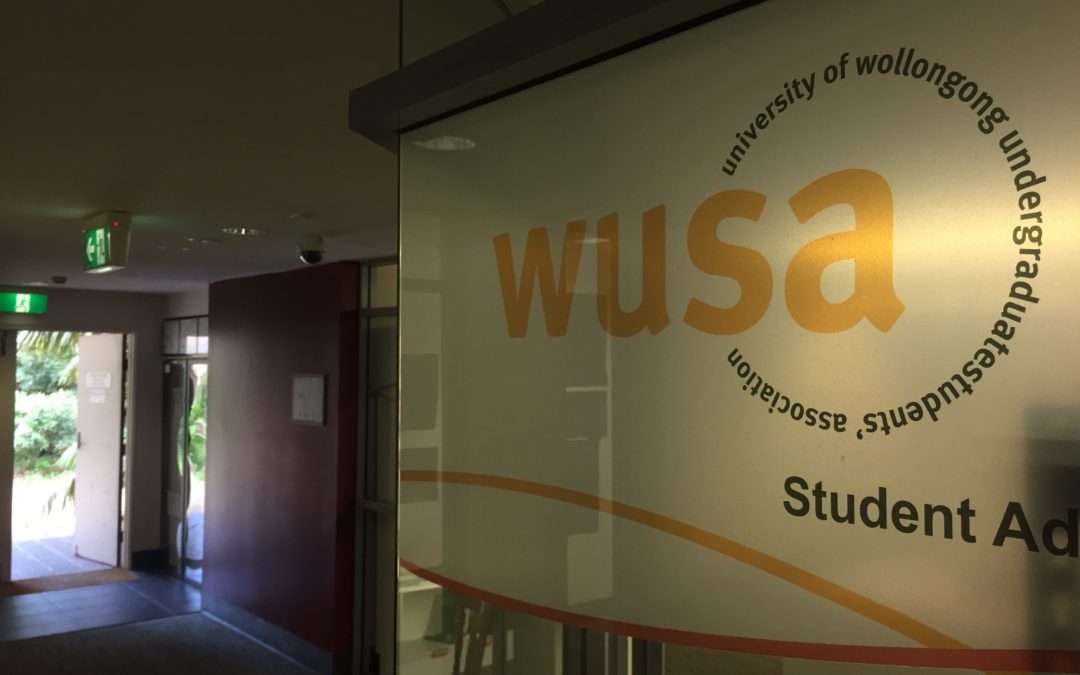 The Wollongong Undergraduate Students’ Association (WUSA) is at risk of running out of money, according to an email from a former president of the union obtained by UOWTV Multimedia.

The email (see image below) from immediate past president Mia Watson revealed that without significant measures to cut spending the student union “will not be able to sustain itself” into the second half of 2019 because it has run “very short on money”.

Ms Watson sent the email to WUSA council members last September and referred to a conversation between University of Wollongong Director of Finance Matt Wright and herself that acknowledged the student union would need to cut spending “one way or another”.

Ms Watson’s email said the pair discussed reducing payments for honorariums (the union president receives a $15000 honorarium), and “whether it is possible for WUSA to continue to provide free printing.”

UOWTV Multimedia requested an interview with Mr Wright but he declined to discuss WUSA finances.

WUSA does not have a set funding agreement with the university but UOW does provide funds for the student magazine, The Tertangala. The union also receives revenue from a ‘Book Bank’ that sells second-hand course books, but WUSA president Chloe Rafferty said it is not enough.

“Some student unions around the country have got some other alternative revenue stream, but they’re always on top of SSAF (Students Services Amenities Fund) funding. They’re never a replacement for it,” Ms Rafferty said.

SAFF is the result of bi-annual student payments and is legally earmarked for student services. UOW SSAF spending is set to top $6 million in 2019.

Ms Rafferty said she planned to seek approval at this week’s WUSA council meeting to lobby the university for a five per cent take of SSAF to fund the union.

Ms Rafferty, a Wollongong socialist leader, also repeated her claim the union had been “run into the ground” under former WUSA presidents Sam Tedeschi (2016) and Jasper Brewer (2017), who she said “deliberately” did not approach the university for funding.

“The Liberals have not asked for a single cent (of SSAF),” Ms Rafferty said.

Mr Tedeschi and Mr Brewer have previously rejected claims they moved to shut down the union, accusing Ms Rafferty of pursuing her political agenda.