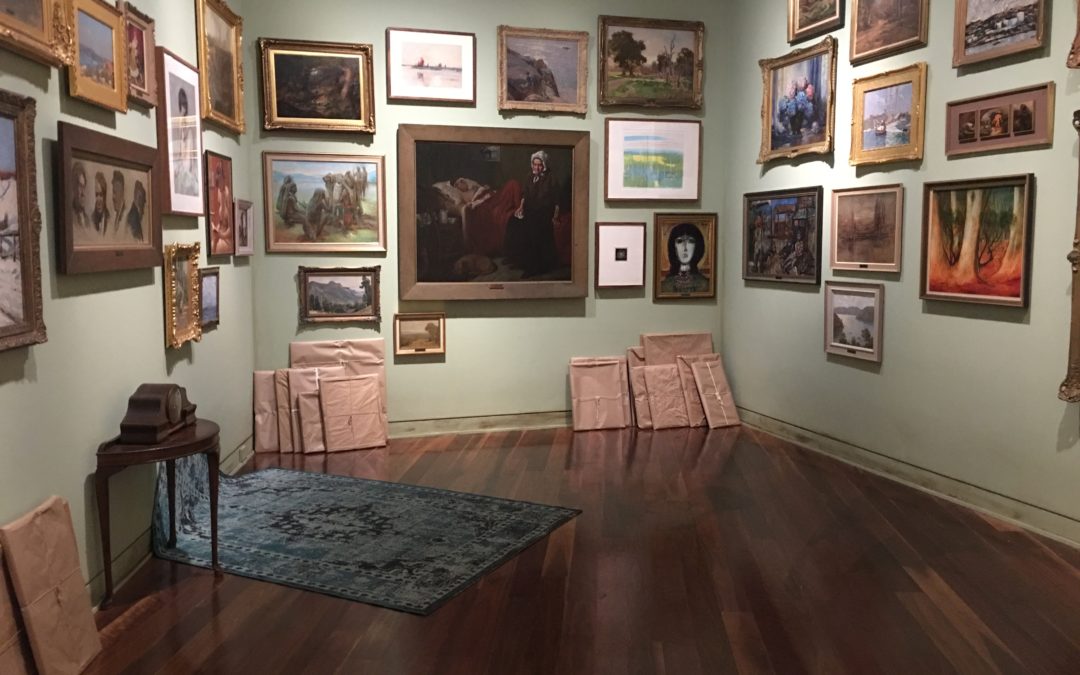 Wollongong Art Gallery has celebrated its 40th anniversary with the opening of the immersive Bob Sredersas exhibition titled THE GIFT.

The exhibition features more than 100 fine works, including antique china and Pacific artefacts,  that were donated to the City of Wollongong in 1976 by Bronius ‘Bob’ Sredersas, a quiet and unassuming steelworker originally from Lithuania.

His donation was fundamental to the establishment of Wollongong City Gallery, now one of the largest regional galleries in Australia.

Exhibition curator, Anne-Louise Rentell, said: “In an age where the existence of cultural institutions in our cities is taken for granted, one man’s transformative act of generosity is easily forgotten.”

“It was both fitting and important that for this anniversary year, a project should focus not just on the collection, but on remembering the man himself – art collector and philanthropist.”

Amongst the artworks are official records and papers documenting key points in Bob’s life. From his birth in Simferopol in 1910, to his death in 1982, four years after the Wollongong City Gallery opened.

The exhibition gives life to Bob’s unique story and demonstrates the significant impact that migrants continue to have on Australian communities. It was opened with a performance from the Lithuanian Community Choir and a speech given by Wollongong Mayor, Gordon Bradbury.

“Today we celebrate the efforts of many, an effort that was inspired and will continue to be inspired by Bob Sredersas,” Mayor Bradbury said.

“He was a man who worked in Port Kembla, who acquired fine art as a hobby and a passion. We are the beneficiaries of that passion.”

The artworks range from early 20th century Australian works to traditional European pieces, such as Nicholas Chevalier’s ‘Crossing The Stream’.

Gallery Director Peter O’Neil said: “THE GIFT enables Bob’s story to be told once again. It is a constant reminder to us that individuals can and do make a difference to the way we shape our communities.”

THE GIFT is a free exhibition and runs until September 9th.