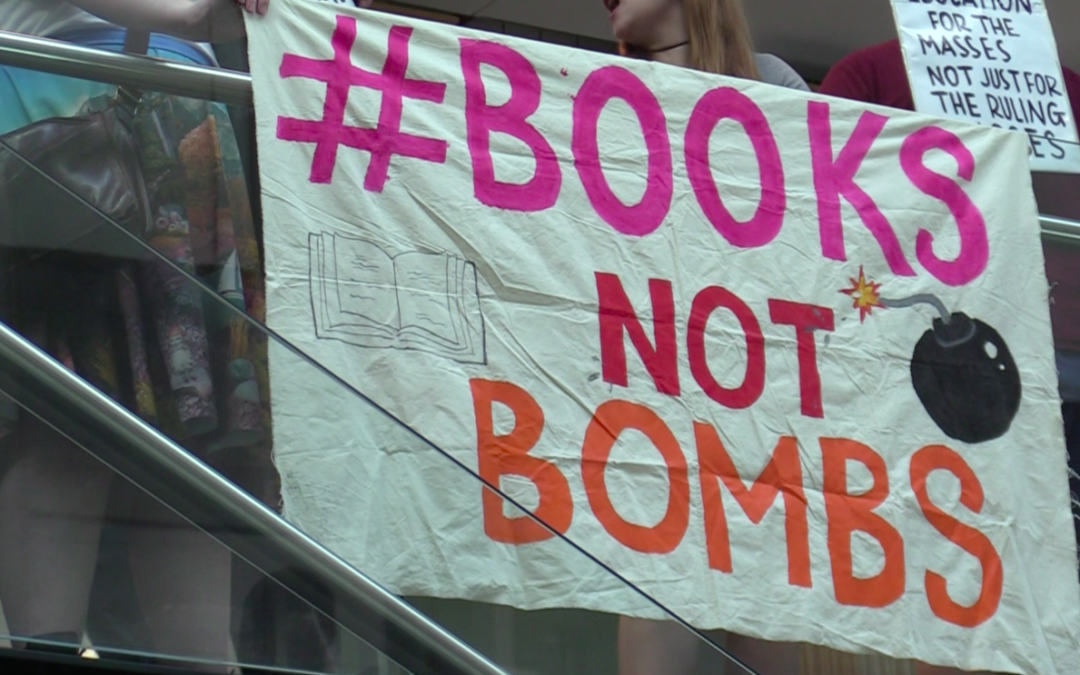 Protesting students crashed the official launch of a new Rail Engineer Infrastructure Training Centre at the University of Wollongong. The students were part of the Wollongong Socialists Club and protested cuts to university funding and a potential increase in tertiary education fees. They targeted the event because Federal Minister for Education and Training Simon Birmingham was the guest speaker.

The protesters stood on the level above the launch and chanting: “No cuts, no fees, no corporate universities” until they were ushered out of the building by UOW security. Police were also called.

The event was delayed 20 minutes by the protest.

The launch was for the Industrial Transformation Training Centre for Advanced Technologies in Rail Track Infrastructure (ITTC Rail), which aims to train the next generation of rail engineers to improve Australia’s rail industry in innovative ways.