Ian McLennan Park marked up for the final time 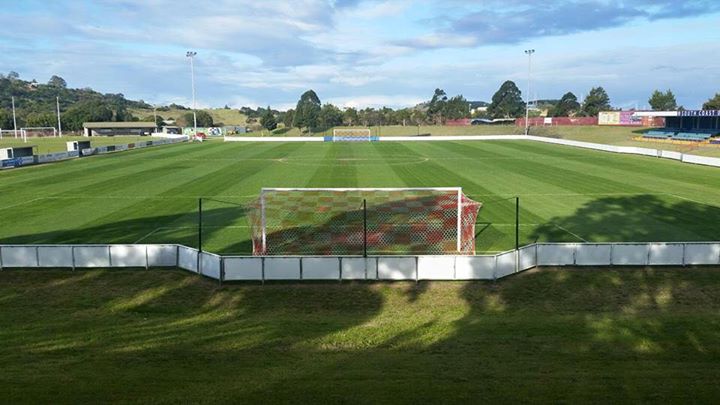 Ian McLennan Park will be prepared for the final time tonight with the original grass pitch to be dug up and resurfaced with artificial turf in a first for the Illawarra. The project is set to take only a short period but must be completed mid-season in order to have the facilities open for next year’s competition.

South Coast United player, David Valic, said he’s proud that the club has finally being recognised for all the hard work they put into their ground and the competition itself.

“Yeah, it’s great that someone has seen how much all of our volunteers and put into the ground and now we’re being rewarded with an artificial pitch”.

The brand new facility will be constructed in hope to attract top footballers to the Illawarra Mercury Premier League.

South Coast United Coach, Greg Valic, said that it’s a combination of different aspects that could contribute to bringing talent from across Australia.

“it’s the coaching staff, the competition and of course if you have a world-class facility, which is what I expect this to be, you’re hopefully going to attract top-class players.”

South Coast United SC will kick off against Tarrawanna Blueys at 8 pm.