Head of PlayStation suggests PS5 is on the way 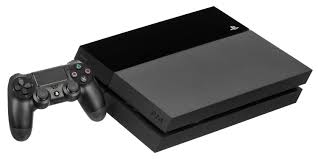 Sony’s current video game console, the PlayStation 4, is nearing the end of its life cycle. Kodera stated that this will soon have a negative impact on the unit’s sales. Though console sales may decline, Kodera details that recurring revenue via Sony’s PlayStation Plus membership would help alleviate some of that financial burden.

Originally released in late 2013, the PlayStation 4 has been on the market for just over five years. Though the console has shipped a massive 75 million units, making it the highest selling console of this generation by a large margin, sales have declined with each year that passes.

Kodera attempted to backtrack his statement about the upcoming PlayStation 5 by commenting that gamers shouldn’t expect a new console from Sony until at least early 2021.  Sony is still supporting the PlayStation 4 through a variety of first-party software, many of which are releasing in the next two years.