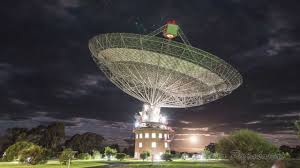 The creation and funding of Australia’s first national space agency has been welcomed by scientists across the country.

Experts in the sector are rejoicing despite the $50 million announced in last night’s Federal Budget being dwarfed by global space funding, estimated to be over $400 billion annually.

“It’s a huge area of importance and it’s something we should really be engaging with,” University of Wollongong Head of the School of Physics Associate Professor Michael Lerch said.

“We have a massive amount of resources going into this area and it’s certainly an investment that has to happen.”

The $50 million is expected to create a unified platform for private and foreign enterprises to invest in.

Australia currently injects $4 billion in the space sector, equating to about 0.8 per cent of the global industry. Experts contend this number should be around 1.8 per cent when Australia’s GDP is taken into account.

The launch of a National Space Agency has been anticipated by experts.

In July 2017, Australia’s space industry capabilities were reviewed by an Expert Review Group, led by Meghan Clarke, who is expected to head the agency.

“A national space agency will ensure we have a strategic long-term plan that supports the development and application of space technologies and grows our domestic space industry,”  then-Acting Science Minister Michaelia Cash, told ABC at the time.

“The agency will be the anchor for our domestic coordination and the front door for our international engagement.”

Referred to as ‘seed funding’, the government hopes that this funding and agency will assist in capturing a portion of the global space market.

The announcement has also come right behind New Zealand’s construction of a launchpad, one of only twelve in the world.

The space market is also seen as an investment in job security’s for future Australians. Existing industries such as finance, construction, mining, manufacturing, agriculture, transport and STEM are expected to benefit the most from the Australian space sector.