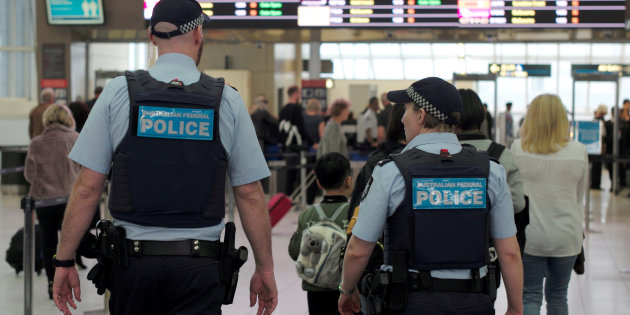 Home Affairs Minister Petter Dutton has suggested police should have the right to demand ID from anyone within an airport. The measure is a part of a $295 million crackdown on regional and domestic airport security.

Prime Minister Malcolm Turnbull told the ABC the new ID laws are worth the inconvenience to make airports more secure.

“The justification is in the safety of the Australian people,” he said.

“You don’t get more security by depriving people of their personal freedoms,” Mr Blanks said.

“People who might not even be flying, just dropping someone off or picking them up at the airport, will be made to produce ID, and for what?”

“More so, people may have booked flights and the airline hasn’t kicked them off, but the police have, and because they don’t need any reason or suspicion, police will be totally unaccountable.”

Mr Blanks said there needs to be a balance between safety and privacy, but passing these laws oversteps the line and creates a precedent for further restrictions on civil liberties.

“If this law gets passed, next thing you know you’ll have to produce identification at sporting matches, train stations, bus stops,” he said.

You might think your private life is private, but this is the surveillance governments keep in the name of safety.

Currently, police need to have “reasonable suspicion” a person has committed or is about to commit a crime to ask them for ID. The reform means police could ask for ID from anyone walking through an airport, regardless of whether or not they pose a threat to the public, which Mr. Blanks said sets innocent people up for racial profiling and vilification.

Passengers boarding domestic flights in Australia are not required to provide identification.

It’s not known what the ramifications would be if people don’t have their ID on them or refuse to comply but, Australia wouldn’t be the first developed country to punish citizens for not identifying themselves.

In 2014, a viral video showed a 24-year-old woman in Texas arrested and forcibly dragged into a police vehicle for not providing ID after she was stopped for jaywalking.

In Japan, not carrying your ID can see you behind bars for up to 23 days.