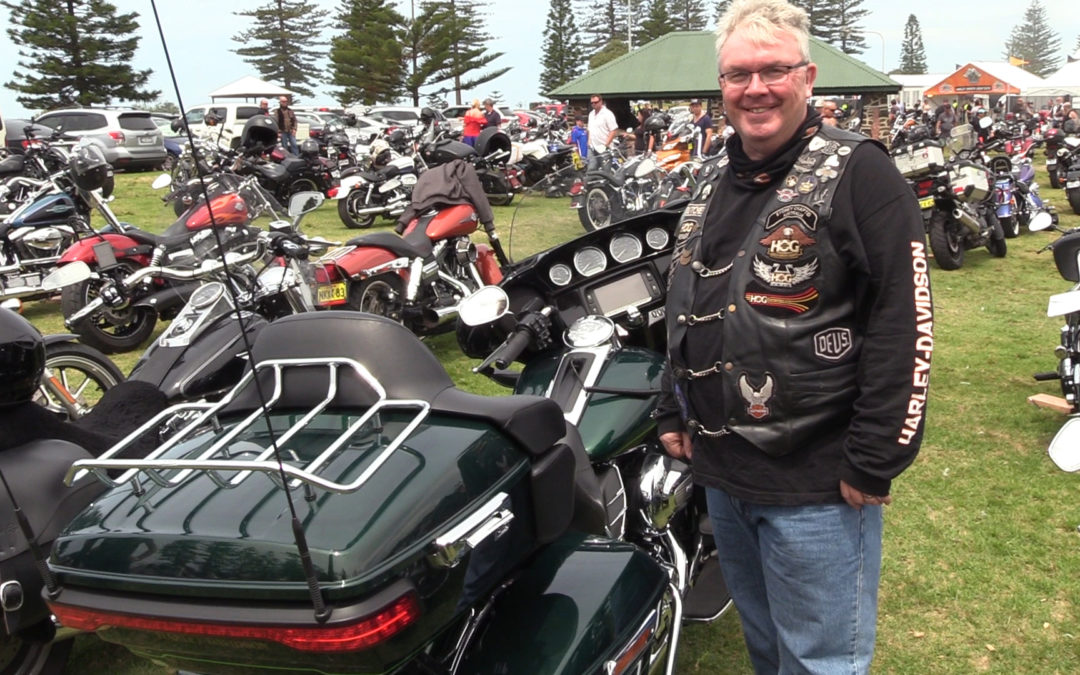 The distinctive rumble of the Harley Davidson ‘chopper’ engine could be heard echoing throughout Wollongong this weekend as thousands of enthusiasts descended on Stuart Park for the annual Harley Days event.

Harley Days is the largest motorcycle gathering in the calendar year, bringing together the clubs and chapters of each state in a roaring celebration of the iconic American machine.

Mount Gambier-born Leo James has ridden from rally to rally for the past few years, and recently arrived in Wollongong following an 11,000km journey to Darwin via Adelaide.

For Mr James and his wife, owning a Harley Davidson represents a way of life.

“No matter where you go you get to meet a lot of people,” he said.

“Even if there’s one broken down on the side of the road someone else will come and help you.

“Going from rally to rally you see things like that and I love it.”

For many riders, national rallies like Harley Days are a chance to reunite with interstate acquaintances. There are 45 official Harley Owner Group (HOG) chapters across Australia. The organisation boasts 1400 chapters worldwide, with over one million registered members.

“Once you get your Harley you don’t look back,” Sydney chapter member Dom Mills said.

“It’s the whole culture, we ride in a group so there’s a comradery.

“The friendships you make with people and even strangers it’s like you’re just one big family.”

Harley culture has grown steadily since 1987 after the first chapter outside of North America was formed in Australia. In 1990, the first National HOG Rally was held in Dubbo, and today there are an estimated 8000 registered HOG members who attend rallies each year.

“There’s no animosity between us,” he said.

“You walk up to somebody and introduce yourself and you’ll end up talking about bikes for hours.”

Harley Days finishes its weekend of events with the Thunder Run, in which close to a thousand riders depart from Innovation Campus and cruise their way through the streets of Wollongong.