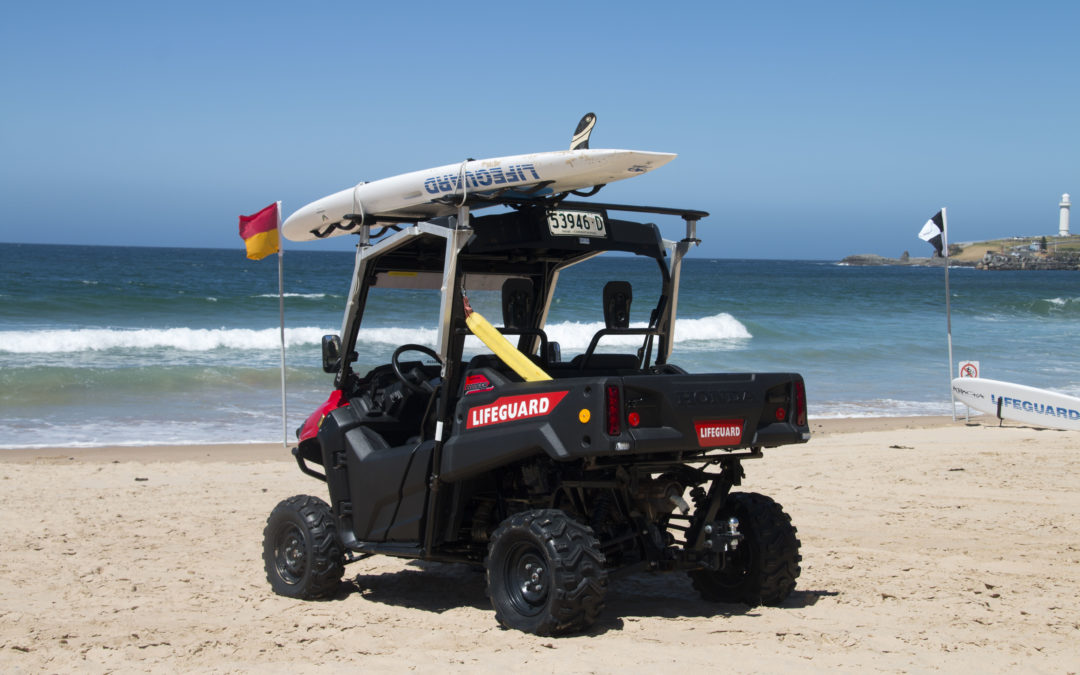 The Shark Shield, a device used to repel sharks via electrical pulses, is attached to jet skis to drive sharks away from swimmers and surfers.

“The shark shield creates this massively powerful electric field and it causes those little electrical receptors to spasm, (causing) them a bit of pain that turns them around.”

Unlike shark nets which often kill other animals such a dolphins and turtles, the Shark Shield preserves marine life while keeping swimmers, surfers and divers safe.

“There’s no question whatsoever that as we advance this technology there’s a possibility of replacing shark nets and creating some of the safest beaches in the world,” Mr Lyon said.

North Wollongong beach is among 50 beaches along the New South Wales coast that has reintroduced shark nets as part of the Department of Primary Industries’ Shark Meshing Program.

However, University of Wollongong academic Professor Andy Davis hopes that these nets will be removed and replaced by less harmful systems such as the Shark Shield.

“Nets are such old technology, and yeah they are effective but…they’re indiscriminate killers,” Prof Davis said.

“This is about using 21st century technology to reduce shark human interactions and ensure that both are kept safe.”

A six-month study of shark nets conducted on the north coast of New South Wales found that of the 275 animals caught by the nets, only three percent were target sharks.

However, independent research conducted by the University of Western Australia found the Shark Shield to be effective in deterring sharks nine times out of ten.

Mr Lyon anticipates that these studies may empower the community to turn to alternative technologies that keep beaches safe while preserving the diverse wildlife of Australian oceans.

“I do hope the Government supports this innovation and that individual’s begin to take responsibility for their own safety,” he said. “We want to stop people talking about culling sharks.”

Helicopter surveillance and drone technology will also be used alongside the Shark Shield to keep North Wollongong beachgoers safe this summer.

Shark season is in full swing prompting warnings from lifeguards to play it safe in the surf.

The Taronga Conservation Society recorded eight unprovoked shark attacks in New South Wales in 2016. While none of the attacks were fatal, five caused serious injury, one of which occurred just 30 kilometres south of Wollongong in Bombo.

While studies show you are more likely to be killed by falling off a chair, than from a shark attack, it’s better to be safe than sorry. Lifeguards are encouraging beachgoers to raise the alarm if they spot a shark. Laura Thomas reports.