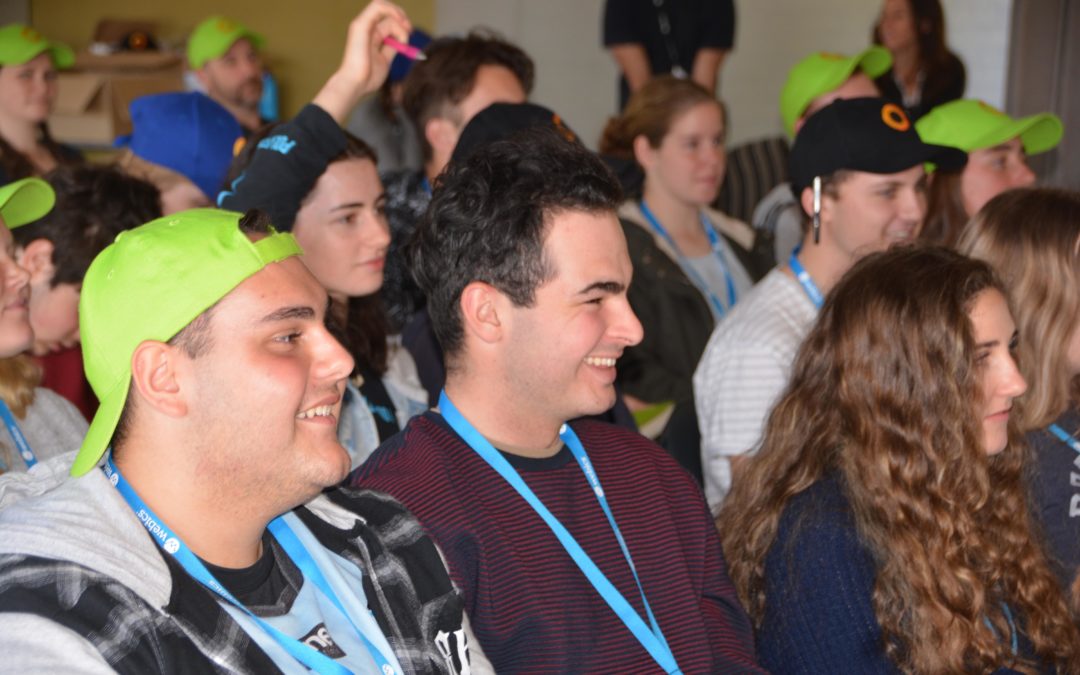 The South Coast Youth Leadership Forum (SCYLF) has always had a local focus but this year all of the facilitators and speakers were from the local community.

SCYLF co-convenor Avalon Bourne said the program, now in its fourth year, and the participants benefitted from having all-local leaders.

“We all know where these young leaders are coming from,” she said.

“Some of the things that they’ve been through we went through ourselves and we’re all on a similar page about the things we can do in our area and where we can go from there.”

Group photo after a workshop on mental health

Year 10 and 11 students who have demonstrated leadership potential are invited to participate in the three-day program.

One element of the forum is the ‘Glocalization challenge’, where the young leaders form small groups to pitch a localised idea, inspired by one of five targets selected from the UN Sustainable Development Goals.

The proposals included educating school students on life skills such a budgeting, campaigning to upgrade the Kiama to Bomaderry rail line and a ‘fun’ recycling app.

The winning team was The Green Forks, who wanted to educate teens on making healthy food choices.

The Green Forks will receive financial assistance to bring their project to fruition and their idea was even mentioned in parliament by the Federal Member for Gilmore.

The three-day event had some high-profile community members involved including Darren Flanagan, a Beaconsfield Mine rescuer and Shoalhaven Mayor Amanda Findley who spoke about her own leadership experiences.

“I want to be able to give something back to them and hopefully there is a glimmer of hope in the advice I give that makes their journey forward easier,” she said.

“You don’t have to be born a leader but being persistent, having a go and getting others to come on a journey with you, whatever that journey is.”