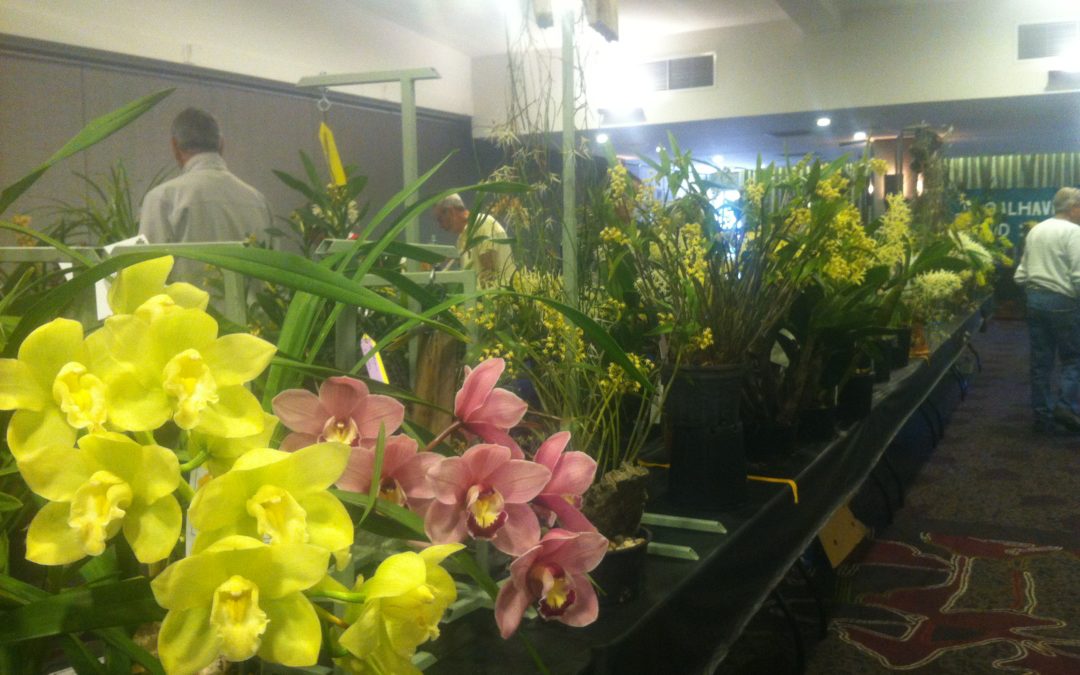 The Spring Orchid Show, hosted by the Shoalhaven Orchid Society, gave people the opportunity to buy native plants as well as learn about endangered orchids.

The annual show featured native Australian Orchids such as the Dendrobium Speciosum, a yellow-flowering orchid that is common throughout the Shoalhaven.

Shoalhaven Orchid Society President Jim Purtell said the event spreads awareness about the importance of growing orchids in the Shoalhaven.

“We are trying to move the club forward and bring younger people into the club, who are slowly getting their collections together,” he said.

The free event was held at the Bomaderry Bowling Club over the Father’s Day weekend and exceeded the society’s expectations.

“We try and encourage people to plant more orchids and our association keeps getting bigger all the time. At the moment we are sitting at about 75-80 members,” Mr Purtell said.

The Shoalhaven Orchid Society educates members about the different types of orchids and highlights the diseases that make them endangered.

According to Mr Purtell, one of the most common diseases among the orchids is Mosaic, a virus that gives plants with a speckled appearance.

“If you bring a plant in and we see a disease in it, we take it straight off the table and segregate it from everything else,” Mr Purtell said.

Mosaic is not the only reason Australia’s orchid population may be in danger.

“We are losing our bushland mostly because of development. If you take away the flora and native shrubs, insects have nothing to feed on,” Mr Stephenson said.

According to Mr Stephenson, the Shoalhaven is home to 14 endangered orchids and 4667 square kilometres of bushland.

Orchid preservation has had a large impact on earlier developments in the Shoalhaven, such as a proposed motorsport complex that was halted in March due to evidence of the Leafless Tongue Orchid.

“They were going to cut down 597 hollow bearing trees and destroy 96 endangered orchids, and a lot of other common shrubs,” Mr Stephenson said.

Experts claim orchids have a positive impact on the environment, as they attract insects and birds that help pollinate food sources for animals and humans.

“My focus is habitat destruction. The insect that pollinates the orchid has to live on other flora for the 11 months of the year that the orchid is not in flower,” Mr Stephenson said.

The Shoalhaven Orchid Society has hosted an annual orchid show for the past 60 years, with the aim to sell orchids and educate the community about their importance.