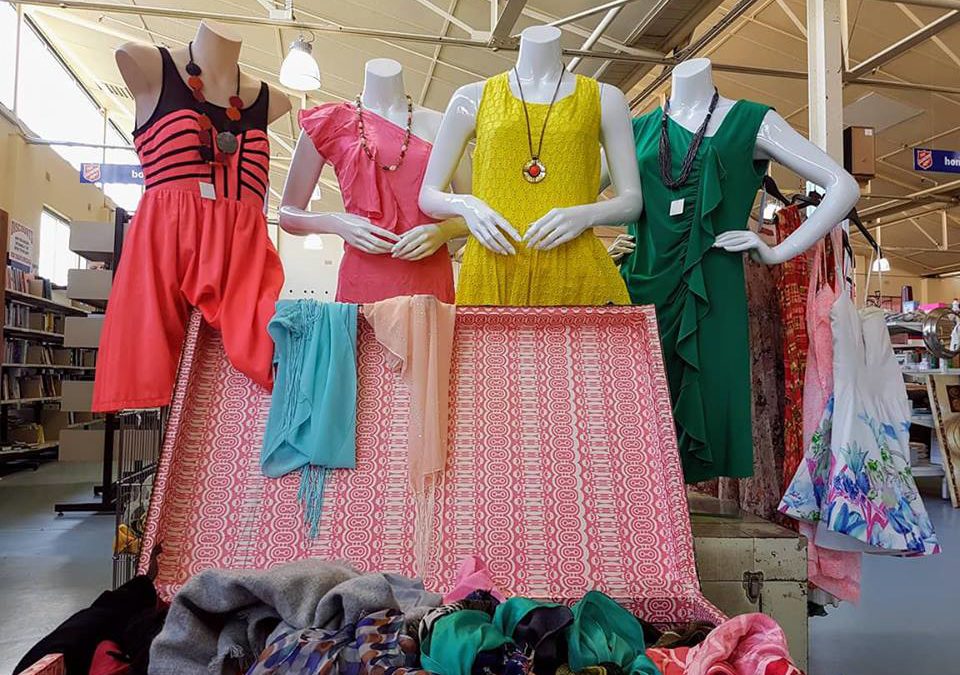 Fashion met sustainability at the Salvation Army during this year’s National Op Shop Week in Wollongong. Op shops across the country took part in the initiative to raise awareness about the stores and the programs they fund.

Reducing, recycling, and re-purposing goods was the focus at Salvos Stores this year.

“She came down and she revitalised things. So, from shoes – making them blingy or cutting them, to restyling shirts or just showing what you can do with broken bits of jewellery, buttons and revitalising jackets,” she said

The Salvos also supported competitions that spread sustainability message and raised money for the organisation’s initiatives. These included an Instagram competition for the best reinvented second-hand outfits and the Re-Love furniture auction.

But the Salvos’ dedication to sustainability extends beyond its second-hand retail operations.

“We recycle clothing, linen, anything material. We recycle metals, so we sort the metal into aluminium, steel and so on.”

Op shops are considered by many to be leaders in the fight against fast fashion; the trend towards cheaper, lower-quality garments being bought and disposed of regularly. The ABC’s War on Waste analysed the practice in Australia. It estimated Australians spend $5 billion on textiles each year. The Australian Bureau of Statistics reported 88 per cent of this ends up in landfill.

Salvation Army Illawarra retail manager Andrea Schuerth said the dumping of unsellable products at donation centres was inconvenient and costly to the organisation.

“It is a very big issue. Sometimes people think they can just, instead of going to the tip, donate it to us and we’ll give it to poor people. But all the things that we cannot resell or recycle will end up in the tip, which costs us a lot of money and just takes away from all our programs in the community,” she said.

While she said shopping at second-hand stores was a good start, Ms Schuerth said understanding the environmental costs of producing goods was essential to changing Australia’s retail habits.

“I think education is missing. A lot of people don’t realise that if you buy a shirt, that’s thousands of litres of water getting used by producing one garment,” she said.