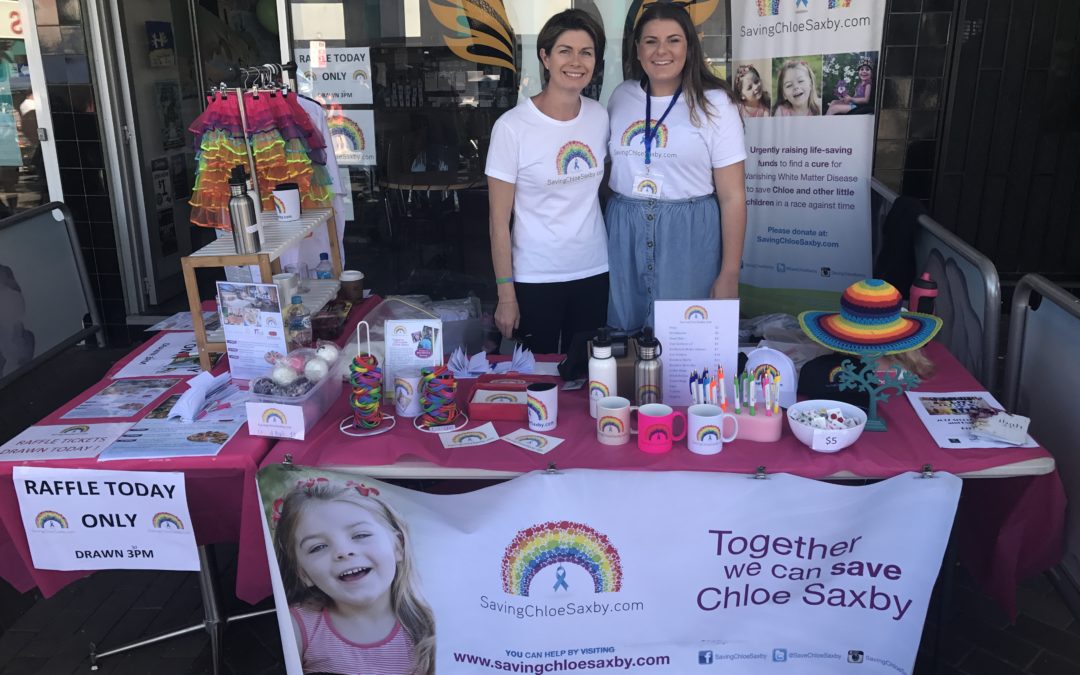 Corrimal businesses came together to support a well known local charity at the annual Spring into Corrimal festival on Sunday.

Money and awareness was raised for Saving Chloe Saxby by donations and the sales of merchandise and raffle tickets. Over $7000 went to the foundation, with significant contributions from Hevan Cafe and One Agency.

The charity aims to raise funds for research on Vanishing White Matter disease. The life-expectancy from the onset of the disease is five to 10 years. The effects include the loss of the abilities to walk, talk, eat and sit unassisted. Those affected are likely to experience epileptic seizures, vomiting, mental impairment, loss of sight and hearing and coma.

Hevan Cafe donated all its takings for the day ($1,550) to the foundation. Cafe owner Evan Coleman and three employees worked for free on the day and the coffee, packaging and milk were donated by their suppliers.

“I’ve got two children and it’s every parent’s worst nightmare. I put a money tin out and started raising money and went from there,” Mr Coleman said.

“They’re really good people, there’s a strong community sense in Corrimal wanting to support them. It just means they’re a tiny step closer to getting the research started to find a cure.”

Since February last year, Saving Chloe Saxby and the community have raised over $900,000 toward their $2.6 million goal. The disease is so rare little funding is available for research, leaving it up to the families to raise the funds.

“I still think back to when the social worker told me at Chloe’s diagnosis in 2012 that if there’s any light in this situation, it’s the community we live in. Its one of the most supportive communities she’s ever worked with, and she’s worked all over New South Wales,” Nyree Saxby said.

“It’s not just about the money, it’s the awareness as well. We reached out to maybe a hundred more people at Spring into Corrimal who didn’t know about Vanishing White Matter disease before that.”

There are only two researchers worldwide working to find a cure. There are seven known cases in Australian and 172 worldwide.