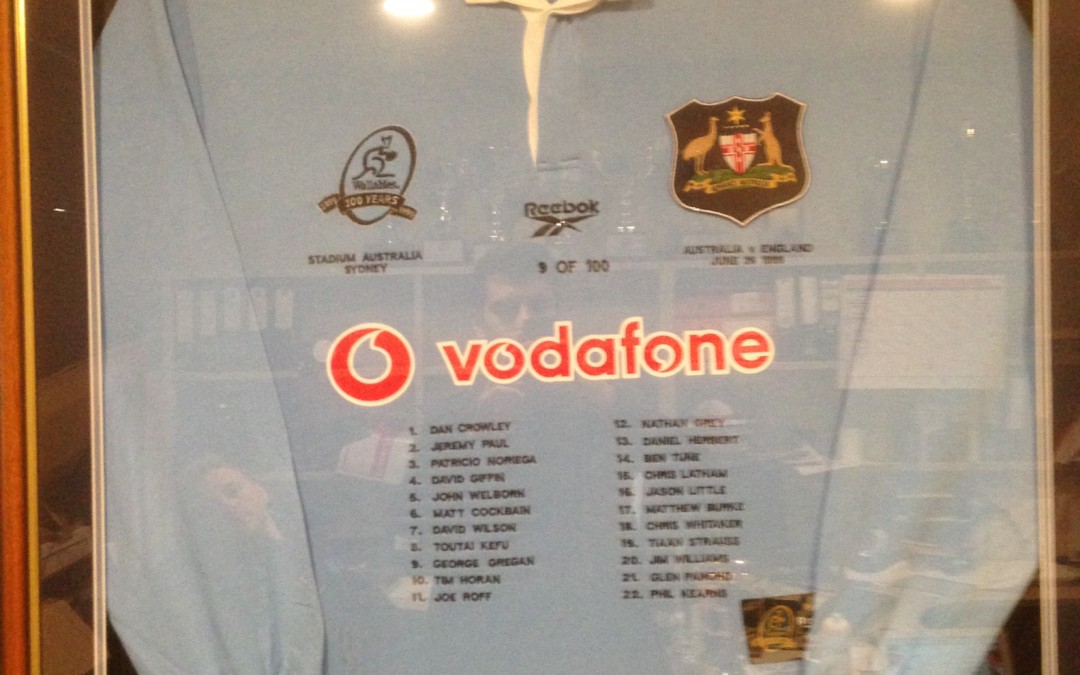 New technology in jersey fabrics has created a revolution on the field as sporting clubs move to improve athletic ability and performance through uniforms.

The sculptured high tech synthetic fabric is now worn by professional rugby players all over the world, with synthetics such as polyester continuing to dominate in other sports.

With plenty of experience as a former rugby player, ex-Wallaby star Cameron Shepherd explained this dramatic shift in jersey technology, experiencing the transition from big and baggy to tight and slick.

“As the game went professional and sports science became a bigger part in our game, we noticed how important it was to be as hard to tackle as possible,” Mr Shepherd said.

“Many of the modern jerseys also have rubber grip sections to help catch the ball in wet or humid conditions and more recently, the installation of a GPS pocket, which has been one of the biggest tools now used by professional teams across the world to monitor performance.

“Last but not least is also the exposure of sponsors on the jersey. Sponsorship is a big business and the way their brand is represented on the jersey is very important. The new material used in modern jerseys allows the graphic to be of the highest quality and stand out.”

Jersey manufacturers are also adding extra pieces to modern day jerseys at the elite level, whether that be panels allowing the body to breath easer, fabrics that stretch with the body’s movement patterns, as well as grip panels added to the chest for catching.

Whilst it is scientifically proven that high tech, synthetic fabrics absorb less water, jerseys today are designed specifically to move moisture away from the skin, which helps to regulate body temperature.

“Jerseys now are being made to fit many shapes and sizes clinging closer to the players bodies and not allowing for any excess material to be grabbed in the attempt to tackle players, whilst also being comfortable to wear and perform in.

“Someone slipping off a tackle can be the difference between scoring or not scoring, winning or losing.”