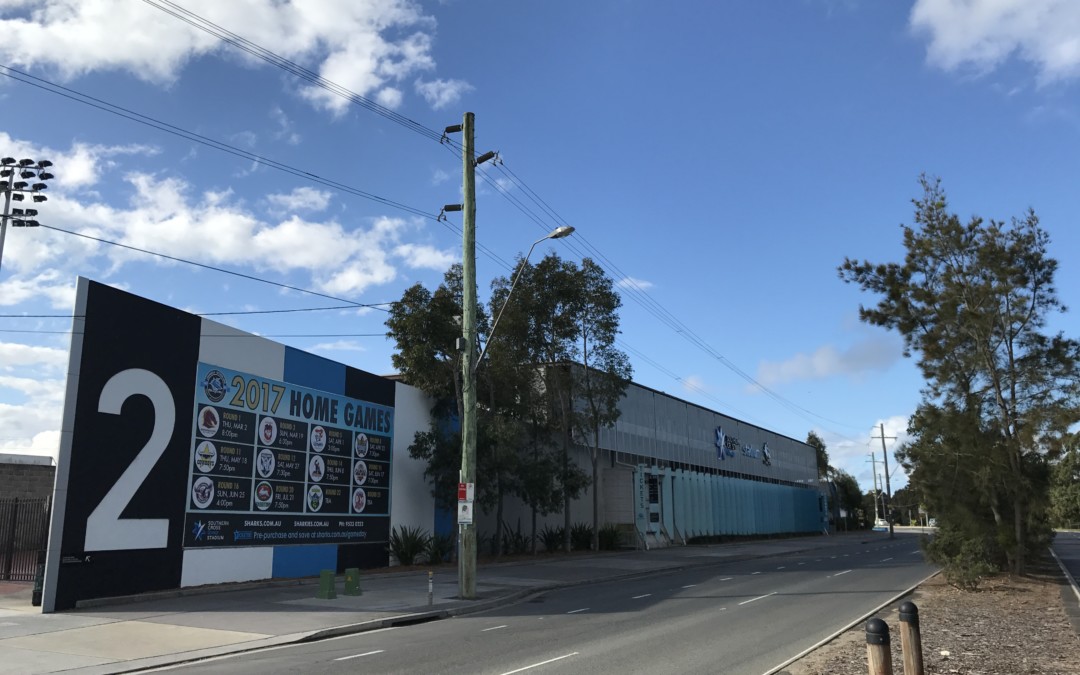 The Cronulla Sharks has proposed a centre of excellence to be built at Southern Cross Group Stadium.

Cronulla Sharks chief executive Lyall Gorman unveiled plans for centre that he said would be a huge boost for the club and the community.

“The club is creating a place of inspiration that will become the very hub of everything we do,” Mr Gorman said.

“Our goal is to be the best club in the NRL and part of that is having the best facilities.

“It will be a focal point for everyone connected with the club, for elite athletes, both men and women, juniors on a development pathway, athletes with a disability, our indigenous community and more.”

The centre will hold education and training rooms for community programs such as the Sutherland Shire Drug and Alcohol Reduction program.

The project will cost about $28 million and will be built on the current Monty Porter Stand (southern grandstand).

Mr Gorman said the proposal had been part of their long-term plan but now the timing was right to put the proposal forward, with the help of government grants now available.

“It’s such a great project for the club to take on, continuing its positive attitude for the community and forward thinking for the future,” Mr Lowy said.

“The centre of excellence will be great not only for the team but for the community and fans have a chance to be apart of the process.”

Sharks members as well as fans have been asked to donate $20 per month as a tax-deductible donation to help build the centre.

Supporters in return for their contribution will become foundation supporters and their names will be featured on a digital “living wall” in the foyer of the new centre.

Construction is due to begin in April next year.

To learn about the centre of excellence or to make a donation, go to  http://sharkshaveheart.com.au