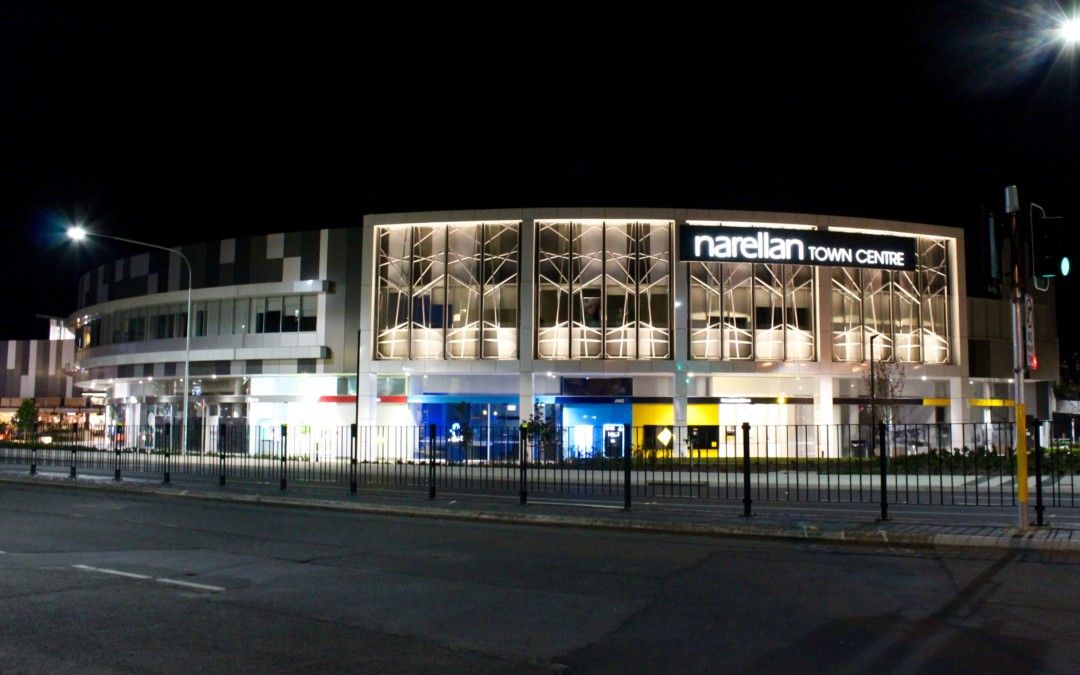 A Camden woman involved in a hit-and-run at Narellan Town Centre on 7 May has claimed the centre failed to fulfil its duty of care after discovering a lack of CCTV in its car park.

Margarita Russell was walking with two of her children in a Narellan Town Centre car park when she was struck from behind by a red bubble car near Kmart Tyre and Auto at approximately 1.30pm.

The incident occurred in front of Kmart Tyre and Auto, as pictured above. Photo: Jessica Waite

The centre informed Ms Russell that no cameras surveyed the car park, and failed to mention the existence of cameras at entry and exit points.

“I contacted Centre Management and was advised that they had absolutely no CCTV,” Ms Russell said.

Ms Russell was therefore forced to plead for witnesses through social media and seek dash cam footage as well as CCTV from surrounding businesses of vehicles entering and exiting the carpark.

“The owner of the car can claim not to have been the driver … They have left me in the very vulnerable position of a ‘he said, she said’ type situation,” she said.

Police informed Ms Russell that, had CCTV footage been provided to her, the issue would have been resolved more promptly. “It would have been open and closed within a day,” she said.

The culprit was found, but, had registration details not been recorded, this would not have been the case.

“There’s always the argument, because it comes under the Inclosed Lands Act [1901], that it’s private property. You enter that property at your own risk,” Manager Operations Douglas Zivcic at Davlin Security Group said.

The decision to install CCTV security at shopping centres is an act of goodwill.

However, Mr Zivcic advocated for the use of CCTV in shopping centre car parks for crime prevention and assisting with insurance claims.

“There’s less risk a person is going to offend if they know there’s a likelihood of them being caught on camera,” he said.

“There is a chance of them catching the person afterwards and preventing…opportunities occurring again in the future because they’ve caught the perpetrator.”

Ms Russell said security cameras relieve the stress of proving that damage wasn’t caused by oneself to claim insurance, which would otherwise be costly and unjust for an innocent customer.

Ms Russell sustained whiplash, a slipped disc and possible nerve damage. She is now awaiting a decision about possible surgery from a neurosurgeon.

"I…was advised that they had absolutely no CCTV," Margarita Russell said, victim of a hit-and-run at Narellan Town Centre. @UOWTV #socialj

Do you think #CCTV security in shopping centre car parks is imperative or unnecessary? Let's have a conversation! @UOWTV #socialj pic.twitter.com/l1a9Msrnuq

I had a lovely chat this morning with Douglas Zivcic from Davlin Security Group about all things #CCTV. @UOWTV #socialj pic.twitter.com/0s44TKFtzi

“It stops a lot of planned or organised crime," Douglas Zivcic from Davlin Security Group said regarding #CCTV. @UOWTV #socialj