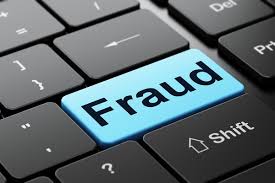 Can you hear me? Answer yes and your identity could be stolen. Article on #privacyawarenessweek and #FraudWeek2017 for @UOWTV #socialj

The international ‘Can you hear me?’ scam has hit Australian shores amid Privacy and Fraud Awareness Week.

In the wake of the widespread WannaCry cyber attack, these scams have highlighted a lack of privacy in a cyber attack cultural age.

Wollongong local Sian Smyth is one of  770,000 Australians who have had their identity stolen over the past few years.

“I was just checking my account and there were transactions there that I didn’t make. I went to my bank and that’s how I found out someone had basically stolen all of my details and tried taking out credit cards in my name and everything.”

With her case now under investigation by the NSW Police Force Fraud and Cybercrime Squad, Smyth is still unaware of how her details were stolen.

“You know these things happen but you think you’re safe, but obviously somehow someone managed to steal my details and I am scared that it’s because of stuff I’ve put online. I’m a lot more cautious now”.

Professor Brian Martin from the University of Wollongong will be a panelist at tomorrow’s screening of ‘The Power of Privacy’ Guardian documentary, in Sydney.

“An increasing number of individual information is becoming available. People should care because what used to be private is probably no longer private”, said Professor Brian Martin.

In the age of social media, the social science professor warns users against the dangers of data tracking.

“What they might not realise is that there are businesses specifically looking for this sort of information. Some may potentially use it for good, but also potentially for bad.”

The ‘Can you hear me?” scam involves an unsolicited phone call opening with that question to which most people answer ‘yes’. It is believed scammers record the response and use it to authorise payments or charges, along with other personal details tracked online.

“We have received reports about this scam. We were contacted by Westfield yesterday saying that they received a call. At this stage we’re looking into it…take precautions and know not to answer those calls”, said the Australian Competition and Consumer Commission who have jurisdiction to investigate.

WannaCry is an ongoing cyber attack that started locking computer screens on Friday. Having affected 150 countries, including Australia. The ransomware secures a devices data and demands a minimum of $300 to release the locked files. If the sum isn’t paid after three days, it warns that it’ll double the ransom and if payment hasn’t been made in a week, it threatens to delete the users data.

Global organisations were affected, most notable the United Kingdom’s National Health Service (NHS), which forced hospitals and GPs to turn away patients.