Refugee numbers in the Illawarra increase as support declines 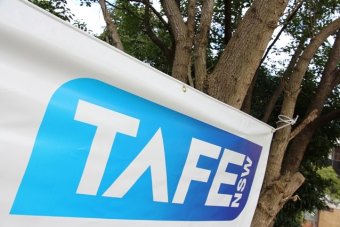 With a rise of refugee entrants in the Illawarra, Shellharbour and Shoalhaven regions after accepting 463 re-settlers in 2016, you would expected support would increase. Since the year 2006, local regions have welcomed 2,293 refugees, the majority of which fled from Syria Iraq, Burma and the Congo.

The Adult Migrant English Programs (AMEP) and the Skills for Education and Employment (SEE) program are the main support programs available to these families. However, the government has made a decision to cut TAFE funding to these contracts, instead they are being passed on to private training providers Navitas and MAX solutions.

Federal Member for Cunningham Sharon Bird is not happy with the cuts.

“The Liberals have cut more than $2.5 billion from skills and training programs and there are 130,000 less apprentices across the country since their election in 2013,” she said.

For refugee entrants who come from war-torn countries, English is a second or third language. Learning English is in high demand with 200 students currently involved with AMEP and SEE. Families fear their ongoing vocational skills and future are under threat. The NSW Teachers’ Federation estimates 70 teachers and support staff positions will be impacted.

The day-care centre at TAFE named ‘Gowrie Illawarra Crèche’ partner with the TAFE English program so students are eligible to have their children looked after for free while they study. However, privatised KU Children Services will also be taking over the Gowrie service as of June 30th. The families of approximately 44 children ranging from five months to six years are left clueless as there has been no information on what the privatised programs mean for the future of their TAFE studies and the care of their children.

The National Partnership Agreement on Skills Reform was first delivered by the former Labor Government. The annual $500 million national agreement will expire on 30 June this year. Consequently, the AMEP and SEE programs will discontinue and see the Gowrie service go unanswered.