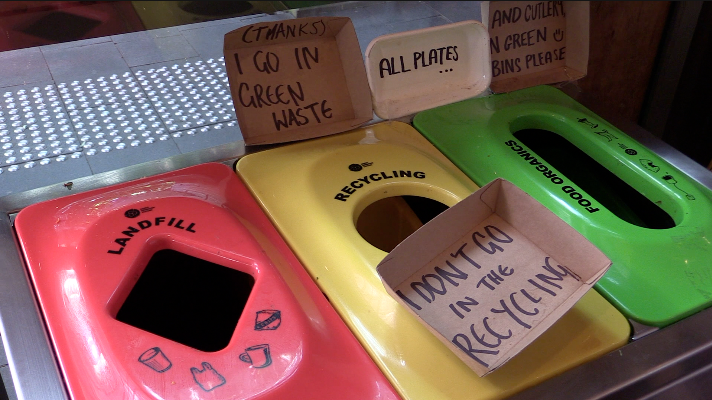 A new organic waste disposal machine has seen the University of Wollongong’s Unibar lead the way in environmentally friendly waste management. The use of the machine has been implemented as a result of a “bin trim audit” on UOW Pulse in late 2016.

The machine, known amongst staff as the “Pulpmaster“, disposes of organic waste by grinding it into a fine pulp which is then sent to fuel the Sydney Water Sewage Plant in Cronulla. UOW Pulse’s Food and Beverage Manager, Steve Cooper, has told UOWTV Multimedia that UOW Unibar is already capturing high volumes of compostable waste as a combined result of the machine and the use of biodegradable packaging used in the bar.

“The Unibar team has been very proactive in this area and constantly look to improve their environmental footprint,” says Cooper.

The initiative has been praised by the UOW Enviro Collective who, in celebration of International Compost Awareness Week, has released a petition calling for the University to follow in the footsteps of UOW Pulse. The petition has received over 500 signatures since it was uploaded on Monday.

You can find the petition here: http://bit.ly/2ptfulL

Think you know your waste? Take our quiz and see if you know how to take out the trash…