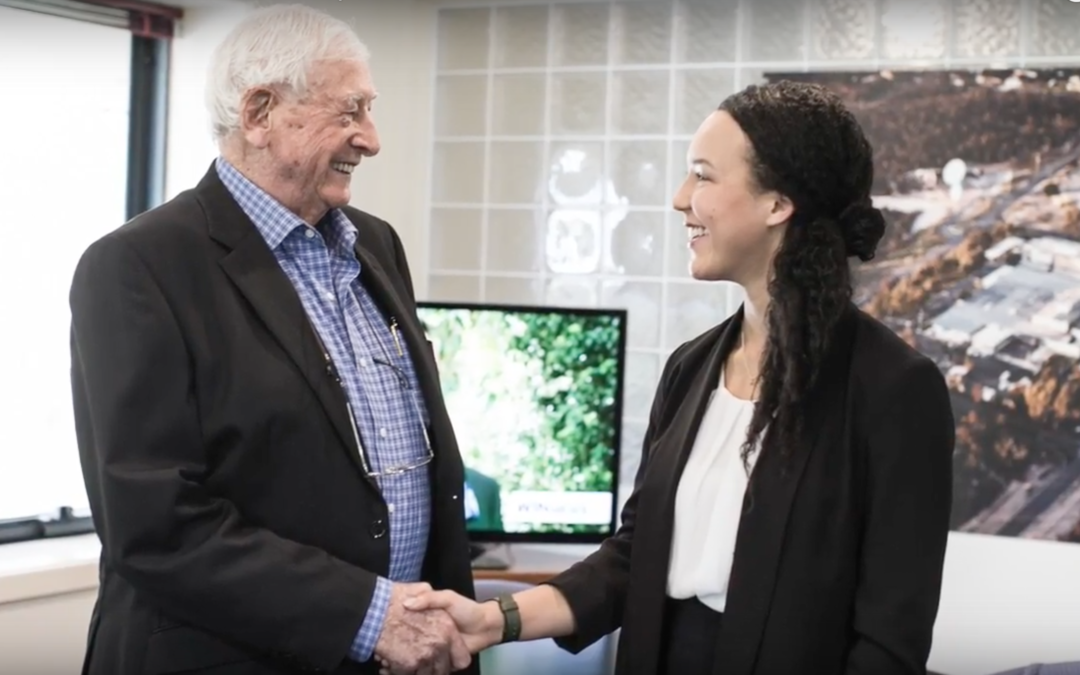 A final year journalism student has been named the recipient of a new $10,000 scholarship at the University of Wollongong.

Bachelor of Journalism student Hannah Laxton-Koonce, 21, has been presented the inaugural Bruce Gordon Scholarship for Journalism.

Ms Laxton-Koonce will gain first-hand experience in the journalism industry.

“It’s a huge honour. I’m so thankful to have been chosen,” Ms Laxton-Koonce said.

“It’s going to give me the opportunity to work with WIN over those 10 weeks, and be able to improve on a lot of the skills I have been taught here at the university, but also learn a bunch of new skills that I probably haven’t even started to learn yet.”

Ms Laxton-Koonce, a UOWTV Multimedia reporter, will intern at WIN News in the Illawarra for 10 weeks, and will work alongside some of the most experienced journalists in the region.

“The network is always looking to the future and understands the importance of investing in journalism and giving students practical experience that prepares them for the day-to-day rigours of the job,” WIN Network News Director Stella Lauri said.

The scholarship bears the name of one of Australia’s most prominent media operators, Bruce Gordon. Mr Gordon is the owner of WIN Corporation, and is the largest shareholder in Ten Network Holdings and Nine Entertainment. He also worked for 30 years as a programming executive at Paramount Television in Hollywood. Mr Gordon was on hand to congratulate Ms Laxton-Koonce on being awarded the scholarship.