Labor under fire over ‘whitewashed’ ad 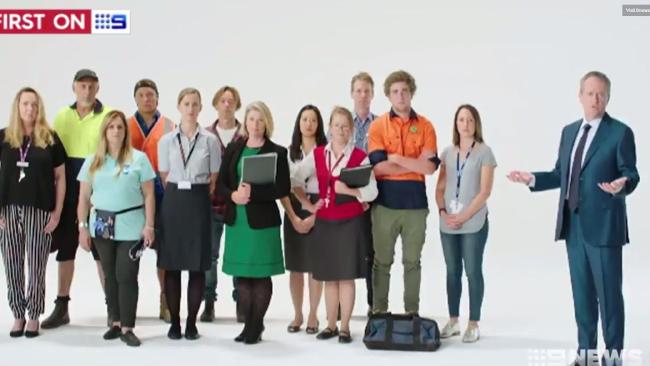 The Labor Party has come under fire after its latest campaign was labelled racist. The “Australiana First” advertisement featured a majority of Anglo-Saxon Australians standing behind Opposition leader Bill Shorten as he delivered a promise to “employ Australians first”.

The ad has received backlash from the public and government official,  with Mr Shorten conceding on Twitter the lack of diversity was a mistake, which will not be repeated.

“Some people have pointed out the lack of diversity in the ALP’s video about local jobs. Fair cop. A bad oversight that won’t happen again,” he said.

This wide disapproval has sparked some to ask whether advertising in Australia reflects our multicultural society.

“The advertising industry itself is not diverse which means they are the ones that produce this kind of thinking, that we are still back in the White Australian era,” she said.

“They are thinking very cynically and misreading the realities of Australian society and consumers.”

Not all adverts are exclusive; with a lamb advert sponsored by Meat and Livestock Australia was recognised for accurately depicting Australia’s culture in 2016.

The advertisement shows people from a range of ethnical backgrounds attending a barbecue – from gay dads holding a newborn, a woman signing in Auslan to Indigenous couple, Cathy Freeman and Greg Inglis being offered the first lamb chop. Australians welcomed this positive promotion of cultural inclusion and majority believed other agencies would follow.

Marketing firm employee Angie Shen said there is a deeper issue to be addressed.

“I have been living and working in Australia for seven years now, coming from China and sadly, Aussies have not embraced our national identity,” she said.

“Australian adverts mirror this disintegration rather than targeting multicultural audiences fittingly and now Bill Shorten has proved this point.”

The controversial ad was pulled, and the ALP has ordered a review of its advertising procedures.