How an Artists passion for birds is informing the community 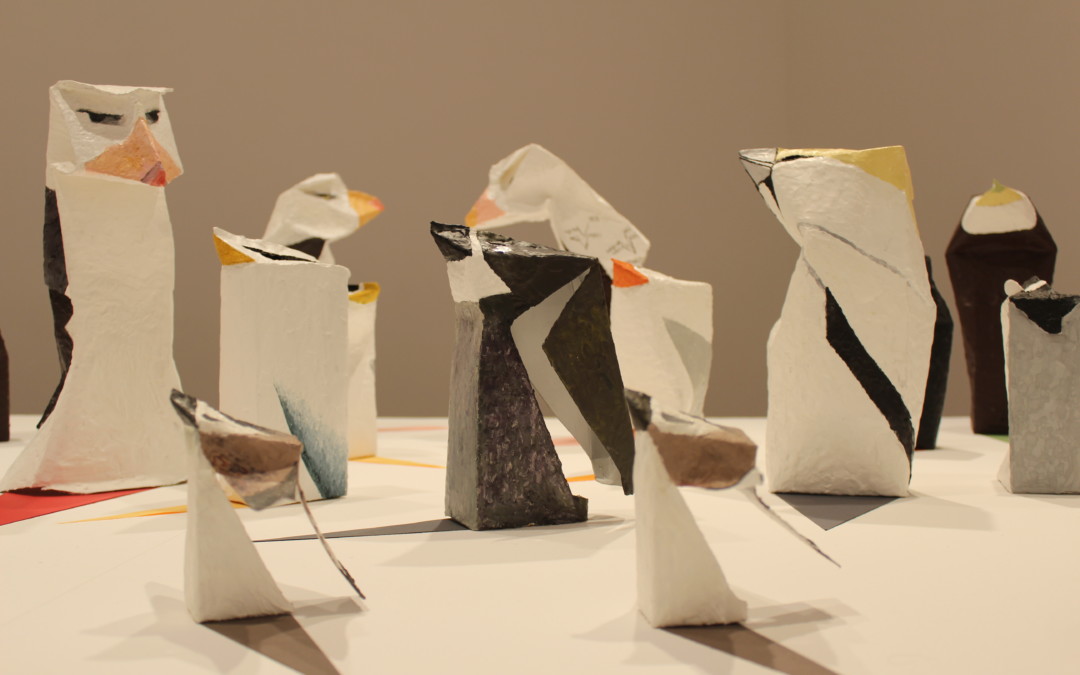 Dr Kelly has created paintings and sculptures of 24 pelagic birds constructed from used plasticised cardboard milk or drink cartons. The exhibition is titled ‘Encounters with Pelagic Birds and Sub-Linguistic Form’ and is on show at the Wollongong Art Gallery.

The exhibition transforms consumer trash into art to remind the community of the aesthetic and ecological treasure of avian species.

The environmental effects of long-line fishing, and oceanic climate change have been evaluated as potentially devastating to sea birds and disparate marine life.

“The over-fishing in other areas of the world impacts the environment everywhere, of course there is global warming as well,” Dr Kelly said.

Seabirds, such as puffins, penguins and albatross regularly consume non-biodegradable litter that can destroy their digestive systems. According to Dr Kelly, pollution directly and in-directly impacts species of flora and fauna.

Preventing waste from entering the ocean is the first step to tackle the impact of marine debris on wildlife.

“A lot of the fishing industries are responsible for the demise of birds. For a long time they’ve used very long lines of hooks and the fish would get hooked to these very long lines, thousands of metres long with hooks all the way, the birds get stuck to them because they see fish,” Dr Kelly said.

Dr Kelly has a passion for birds and has previously made art series of 40 Illawarra birds and birds of Barren Grounds. The Pelagic birds in the exhibition are birds Kelly sighted off Kiama.

“I’ve really been interested in all sorts of birds, every time I’ve made a series of birds they are birds that I’ve seen, so it forms a sort of diary,” she said.

One hundred and sixty-four seabird species have been recorded to ingest marine debris globally.

Geelong Art Gallery director Jason Smith is impressed with the art exhibition and thinks the project will help to ensure that we are not blind to the potential disappearance of seabirds.

“Birds are our continuing link to the era of the dinosaurs. To promote their endurance, and freedoms, Madeleine Kelly’s recent works necessarily and powerfully hold us captive,” Mr Smith said.

Over half of the pelagic seabird populations around the world are declining. The art exhibition will be held in Wollongong until Sunday, 14 May. 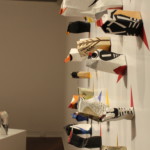 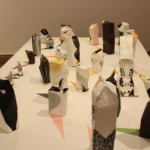 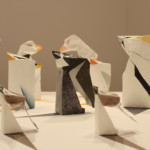 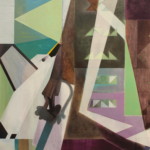 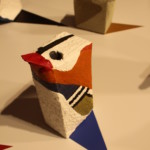 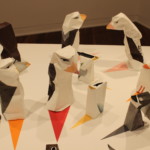