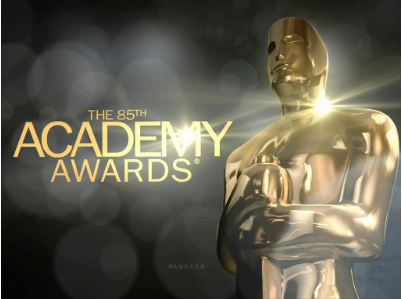 The annual Met Gala ball has been held, and award ceremonies are again  the talk of the town. So, let’s keep the buzz going and take a look at some of the most well-known award ceremonies from around the globe and a few of their memorable moments.

The Oscars, also known as the Academy Awards, are an American award ceremony celebrating the artistic and technical achievements of those in the industry through 24 different awards.

The annual award given by the Academy of Motion Picture Arts and Sciences is in the form of a golden statue and awarded to various winners of different categories.

First presented on May 16, 1929 at Hollywood Roosevelt Hotel, there was an audience of 270 people and 15 statuettes awarded. The cost was just $5 and it ran for 15 minutes.

Holding the title its name as o the oldest awards ceremony for entertainment, it was first broadcast on radio in 1930 and first televised in 1953.

One of its most notable moments was in 1940 when Hattie McDaniel was the first black person to win an Oscar. In her speech she said, “I sincerely hope I shall always be a credit to my race and to the motion picture industry.”

The annual Met Gala or Met Ball, previously known as the Costume Institute Gala is a fundraiser for New York’s Metropolitan Museum of Art’s costume institute.

As one of the most exclusive events in New York City, it raised a record $12 million in 2014, making it one of the biggest fundraising nights in the city.

Attended by high profile people in the arts industry, it was first held at the Met in 1946, and it has had Vogue editor-in-chief Anna Wintour as its chair since 1995.

In 2014, 650-700 people attended the ceremony and it was estimated to cost a whopping $25,000 for those not on the guest list. Marketing student Angie Shen said: “Where was my invite.”

The Brit awards, one of Britain’s biggest award ceremonies for high profile music, started in 1982 and has been an annual event since.

The first ceremony was in 1977, televised by Thames Television. The Brit awards first live broadcast was in 1988 on the BBC and its first television broadcast back in 1993 was aired on ITV.

It has featured some of history’s most notable moments, including Freddie Mercury’s final public appearance and Jarvis Cocker’s protest against Michael Jackson.

Originally broadcast live, the award show is now filmed and broadcast the following night thanks to the 1989 event when Mick Fleetwood and Samantha Fox were its hosts.

The Recording Academy recognise those in the music industry through an award known as the Grammy.

Beginning in 1959, two ceremonies were held on May 4. One at Beverly Hilton Hotel in Beverly Hills California and the other at Park Sheraton Hotel in New York, where 28 Grammys were awarded between the two.

Performances from artists are a main part of the annual awards ceremony that showcase high profile characters in the industry.

Billboard rated Bruno Mars’ tribute to Prince, and his version of ‘Purple Rain’, as the best performance at the 2017 Grammys.

This year viewership rose by one million as 26 million people tuned in to watch.