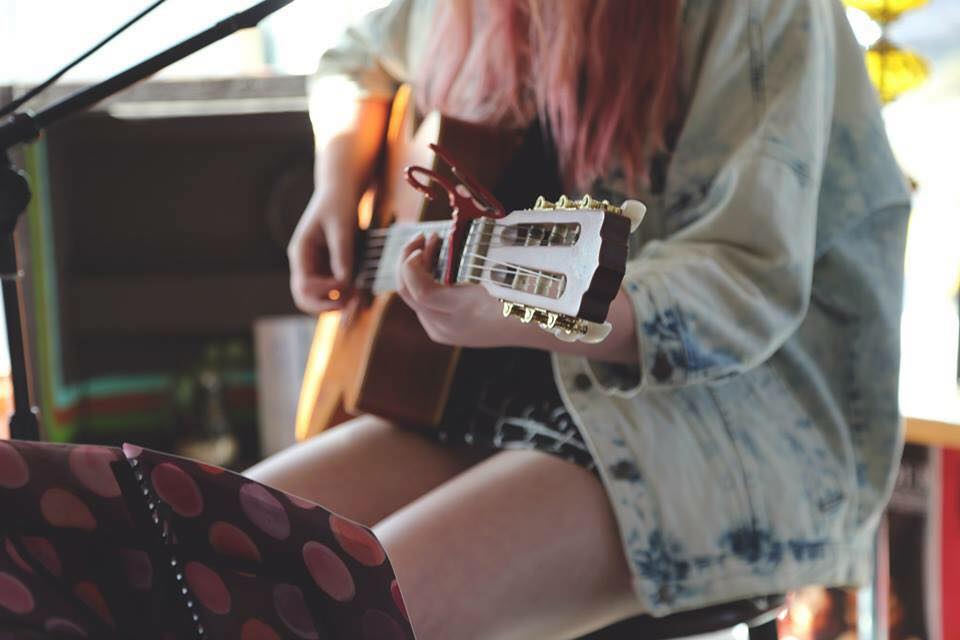 Strawberry Boogie is a monthly concept night that celebrates local creative culture. The event incorporates live performances from touring and local musicians, as well as a range of other visual art and performance components.

“I like to think that it gives [local artists] new audience members,” he said.

“I will keep booking up and coming acts, and [I] don’t need to focus on larger, more established ones.”

The event has been run regularly since 2015 at multiple venues across Wollongong. Now settled at Uni Bar, Sherley said it’s a good way to bring a number of art forms into one space to give artists unique exposure in a creative setting.

“We’re hoping for maybe 200 people tomorrow night. They’re not huge…the premise is I want to keep them in small rooms just so it keeps that intimate feel,” he said.

Earlier this year, local band Hockey Dad was announced as part of this year’s lineup for Splendour in The Grass.

Local singer-songwriter Sam Hughes has recently been announced as the support act for Melbourne-based artist, Ali Barter’s tour. She said this kind of large-scale exposure is invaluable for smaller local artists.

“People don’t really pay money for names they’ve never heard of,” she said. “The exposure of small local artists makes other musicians see that there is a chance.”

Hughes said events like Strawberry Boogie provide local artists with new audiences who they wouldn’t have access to otherwise.

“I played at the last [Strawberry Boogie] on a small acoustic stage adjacent to the main line up, and the fans for the other bands were so supportive – just happy to be hearing music. That’s the sort of fun music scene we need to encourage,” she said.