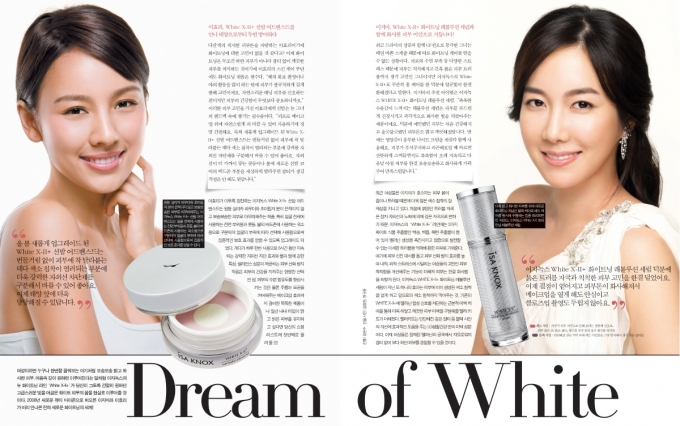 Why is it that people of colour and/or Asian communities are increasingly investing in ‘skin whitening’ products?Article for @UOWTV #socialj

The purchase of skin lightning products has increased at an alarming rate, according to a report published last month by Global Industry Analytics.

Dermatologists are concerned about consumers being unaware of the risks and side-effects as the cultural trend grows.

Illawarra skin therapist and analysis Amy Johnston said skin brightening is not a safe procedure and is not good for the skin.

“Skin whitening products are known to contain harsh chemicals that are damaging to the skin and can disrupt normal skin functions,” she said.

Hydroquinone is the main ingredient found across skin whitening products and studies have shown that long-term use of hydroquinone can lead to an increased risk of cancer. Some countries have banned products that include hydroquinone.

Malaysian beauty blogger Wenelle Ho is in Australia on an exchange program and has noticed a huge difference in the beauty market.

“In Asia, you can see influence by the Korean or Japanese beauty market where there’s a focus on skin whitening and brightening. In Asian countries they see having white skin as a beautiful aspect,” she said.

The ideal of being fairer in Asia has historic roots. The notion derives from the perception that if you are of darker skin you were a labourer working all day under the sun and of lower status. Having lighter skin meant you were of higher repute or ‘royalty’ because kings and queens would have fair skin due to slaves working and them staying indoors.

Ms Ho used to think this was “normal” when she was growing up.

“I have friends who go to the extra measure of bleaching their skin and following sponsored YouTube beauty stars, getting injections to change their skin colour and it’s scary,” she said.

The rise in demand for skin lighting formulas stems from ‘colourism,’ a the term defined by the English Oxford Dictionary as “ … prejudice or discrimination against individuals with a dark skin tone, typically among people of the same ethnic or racial group.”

The market intelligence report predicted the ‘whitening’ industry to reach $US23 billion ($30.5 billion) by 2020.

The controversy of skin lightning questions the racial profiling of wanting to look Anglo-Saxon. Face-morphing and filter app, FaceApp, issued an apology earlier this year after its ‘hot’ filter caused backlash due to it transforming people to look whiter and to acquire western features.