Brightening clouds could save the Great Barrier Reef, scientists say 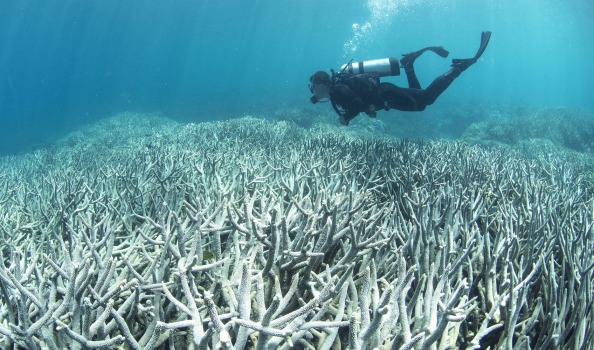 Marine scientists are working towards a solution in the ongoing fight to save the Great Barrier Reef from the effects of coral bleaching.

A team of Australian researchers at the Sydney Institute of Marine Science are examining the possibility of altering clouds above the reef to potentially save the coral below.

Marine cloud brightening involves the process of making larger and more reflective clouds to cool the waters below.

Daniel Harrison, a postdoctoral research associate at the University of Sydney said cloud brightening is the most ‘plausible option’ and an environmentally friendly way to save the reef.

“If we can make just a little bit less heat over the reef for a few months during say an El Nino year, when it’s at most risk of getting bleached, we should be able to cool the water a degree or two, which is enough to prevent most of the damage,” he said.

“All of our preliminary calculations so far suggest that it is plausible.”

British physicist, John Latham was the first to suggest cloud brightening as a way to address global warming almost 30 years ago.

A history of coral bleaching

The Great Barrier Reef is one of the natural wonders of the world, but with two-thirds of the reef already damaged, scientists are desperate for a solution.

Arial surveys conducted by the ARC Centre of Excellence for Coral Reef Studies show the Great Barrier Reef’s coral-bleaching epidemic is much worse than originally thought.

There have been a number of widespread bleaching events over the past two decades.

A timeline of mass bleaching events over the years

Previously, scientists concluded that the only way to save the Great Barrier Reef involved taking drastic action to reverse global warming.

A study published in Nature examined the three mass bleaching events on Australian reefs in 1998, 2002 and 2016.

The publication’s lead author, Terry Hughes said that it is only a matter of time before we see more bleaching events due to rising temperatures associated with global warming.

“It broke my heart to see so many corals dying on northern reefs on the Great Barrier Reef in 2016,” he said.

“A fourth event after only one year would be a major blow to the reef.”

Have scientists finally discovered a way to save the Great Barrier Reef? @UOWTV #socialj https://t.co/xlDaXb555K