Paddling and pedalling for a cause 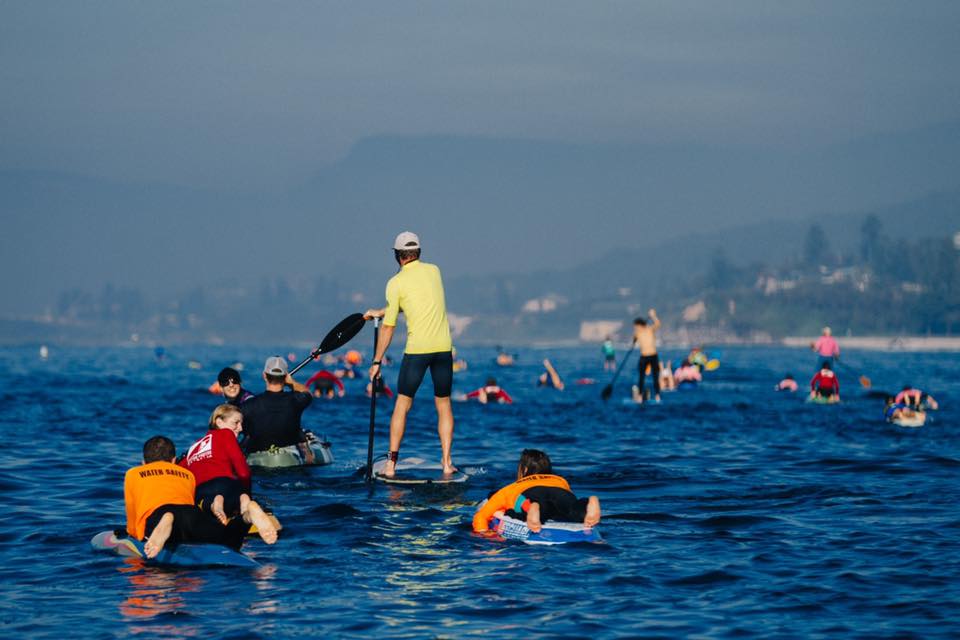 Surfing and paddling enthusiasts made a 12km ocean trek from Stanwell Park to Thirroul on Saturday to support North Wollongong’s annual Paddle Against Poverty.

This year’s event saw a slight drop in participation and a significant decrease in donations, with the event raising $7500, which is only half of what was raised last year.

Ninety-five surfers, stand-up-paddle-boarders, and kayakers participated. Funds were raised for Compassion Australia, an international sponsor of children in need, and Project Purpose – Waves for Water, who supply filters for clean drinking water in disadvantaged nations.

Event coordinator Daniel Hutton said increasing involvement by surfing clubs could be the reason for the decline in donations.

“Those groups are the people that paddle anyway,” he said. “They’re not really going out to raise funds so much, whereas the individuals get involved more with that in mind.”

Despite this outcome, Mr Hutton said tapping into the coastal community’s love for water sports was still an effective and unique way to increase support for these initiatives.

“The paddle is something that no one else is doing that we’re aware of. It’s just patching into that crew of people that might not otherwise do a charitable event that year, particularly surfers,” he said.

Ride Around the Lake is another organisation using sport to encourage charitable giving in the region.

Ride Around the Lake event coordinator Robert Battocchio said supporting a local and visible cause has been the key to maintaining participation and donations.

“The great thing about this particular event is that we’re able to encourage people who have a personal connection,” he said.

“A lot of people I think these days want to see tangible results of fundraising.”

He said aligning a cause with sport and fitness gives people more incentive to become involved.

“It ticks the box of saying; well, if I’m going to get outdoors, and I’m going to get a bit fit, what a great thing to do knowing part of this will be supporting a very good cause that’s local,” he said.

Donations can still be made to Paddle Against Poverty at Everydayhero.