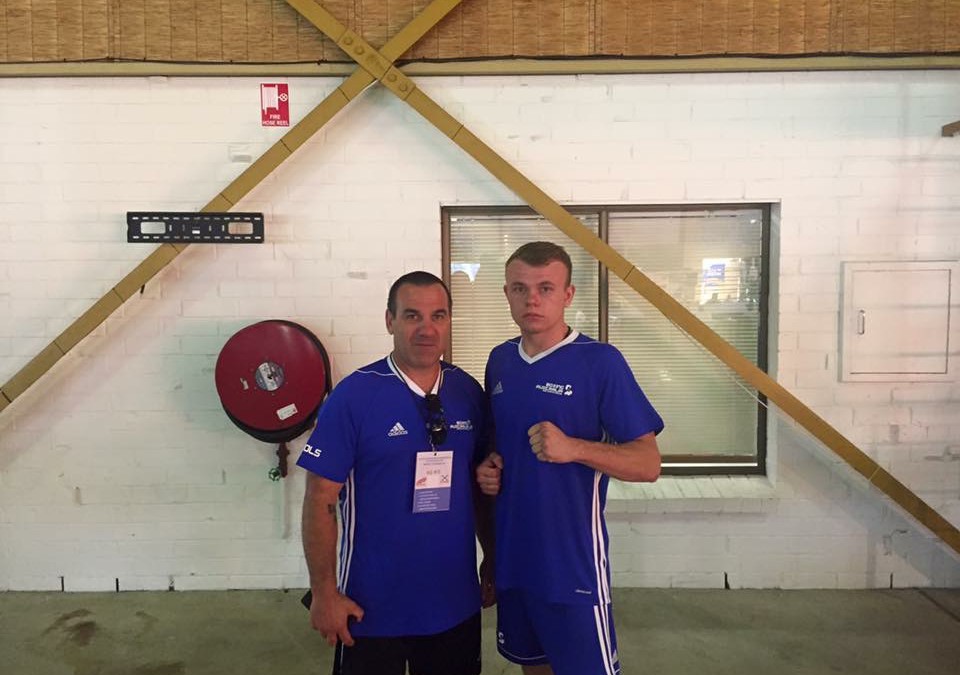 Harris will fight South Australian Vince Shipani tomorrow in the 75kg division. A win would see Harris fight for gold on Saturday.

Head coach and former Australian middleweight champion Vito Gaudiosi said a win would see Harris would away with much more than the Australian 75kg Junior Champion title.

“If he wins, that’ll also get him into selections for Commonwealth,” Gaudiosi said

The 2017 Youth Commonwealth Games will be held in the Bahamas in July.

Harris said this would be a stepping towards turning professional.

Harris has trained with Gaudiosi at Crocker’s boxing gym in Dapto since he was 14-years-old.

Gaudiosi, who once fought for the Commonwealth title, founded Crocker’s gym, a not-for-profit organisation in 1998, and he now volunteers full-time.

Athena Kinnas also trains at Crocker’s gym and will join Harris are a semi finalist tomorrow.

Kinnas will fight Victorian Amy Gipps in the 57kg division, and Gaudiosi is confident Kinnas to bring home a national title.

Goodman is awaiting his fate as he prepares for todays match against Western Australian fighter, Simeon Gerberat for a spot in the semi finals.