3 stories lifting spirits in the midst of Northern NSW Floods 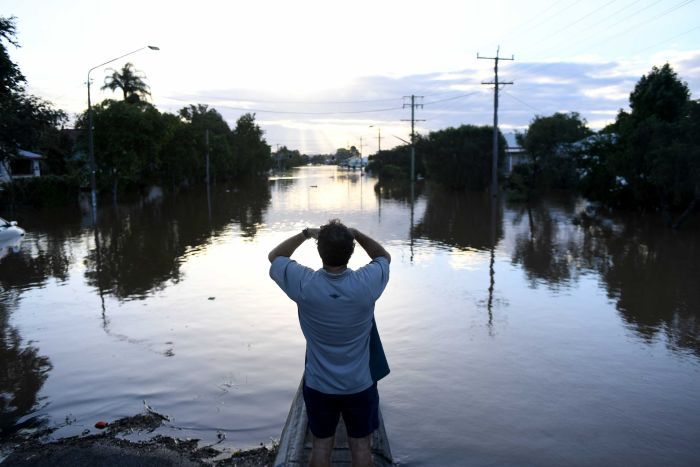 Northern NSW has been hit by the region’s worst floods in 40 years, with costs to clean up the damage reaching $200 million.

The death toll has been pushed to six after three bodies were pulled from a submerged car on Tuesday.

But amidst the tragedy and devastation, a number of exploits have showcased the very best aspects of the human spirit.

1. Daughter survives due to mother’s final, desperate act of heroism

A mother and two of her children perished when their car was swept off Dulguigan Road in Tumbulgum and sunk in flood waters. The bodies of 43-year-old Stephanie King, her eldest daughter Ella-Jane, 11, and son, Jacob, 7, were pulled from the Tweed River on Tuesday.

Amidst the tragedy, Mrs King’s youngest daughter, 8-year-old Chloe-May managed to escape and swim to shore. Tweed-Byron Superintendent Wayne Starling said “I have no doubt whatsoever that woman is a hero. She died trying to save her children. [She] was trying to get one of the children out of the car when she passed away, she was [found] holding the child.”

Chloe-May is being cared for by the only other surviving member of her immediate family, her father Matthew Kabealo.

Leigh Shepherd and his son Rob saved their neighbour’s 25-year old horse, Tilly, when she became stranded in deep floodwaters in front of their home. Rob, 21, held the horse’s head above water using a boogie board when she became too exhausted to hold it up herself. The Shepherd family persisted with their attempts to help Tilly for over five hours.

“There was one time there where we actually took the boogie board out and she struggled to keep her head above water,” Leigh said. “And we thought ‘she wants to live’, so we just kept it under there and we’re so happy we did.”

Tilly has been reunited with her very relieved and thankful owners.

3. ‘Mud Armies’ lending a hand to those hit hardest

In the midst of widespread devastation and with more than 5400 properties and 3000 homes at risk, people have come together in Southern Queensland and Northern NSW, to help strangers in the clean up effort. These ‘mud armies’ are assisting with providing free food, hot showers, clean clothes, and shelter for those suffering in the aftermath. With thousands of residents evacuated from their homes, food drives are being held in towns for those needing assistance and community members have put forward their bathrooms up for hot showers for strangers who’s homes have been destroyed.