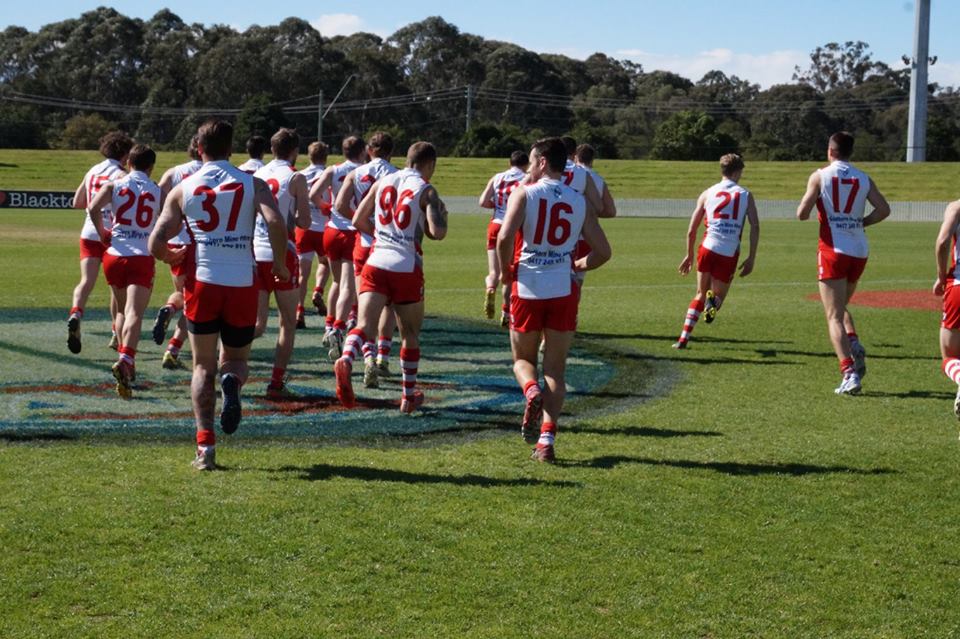 After two premierships on the trot, the Wollondilly Knights Football Club is looking forward to the new challenge of Sydney AFL Division Two. With the 2017 season starting this weekend, the club is continuing to grow and will field its first ever reserves team.

“Back when we first started in Division 4, and made the grand final, we had around 25 players. Now, in our fourth year, we have over 80 registered players with three teams, two men’s, in Division 2 and Division 5, and a women’s team with more than 30 players,” Witteveen said.

The Division 2 squad will again be led by captain/coach Daniel Hockey, and the Knights have appointed a new women’s head coach – 2015 premiership player Ben Robinson taking over Chris Underwood.

Witteveen will manage and play in the Division 5 side.

Witteveen said he was pleased the Knights were able to retain the majority of the 30 players who played last season in Division 3.

However, Witteveen was most happy with was the club’s recruitment.

“With the Division 5 team now we’ve been able to bring back a few old faces that don’t want to deal with the rigours of Division 2, also a few new young boys have come along to play and they’ll start in Division 5 learning about the game,” he said.

The playing group is also excited about the challenge ahead.

“After all those years in South Coast struggling for players and getting belted most weeks, it’s good to finally see the club flourishing now in the Sydney league,”Division 2 veteran player Russell Andrews said.

“I’m immensely proud of the club’s achievements, the introduction of the ladies team and Division 5 and the 2 premierships getting promoted to Division Two as well,” Andrews said.