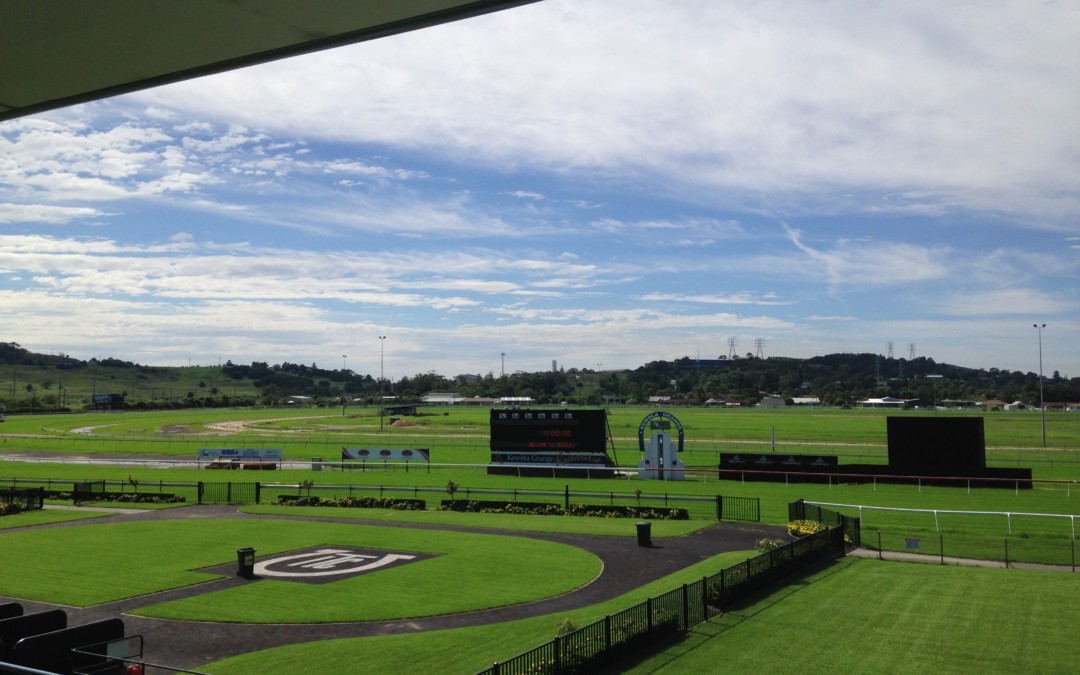 Kembla Grange Racing Manager Michael Craig has his fingers crossed the rain will stay away from the rescheduled Provincial Qualifier meeting tomorrow.

The Bede Murray Provincial Qualifier Championships was originally set down for Saturday, 18 March, but extreme rainfall in the region saw it postponed until this weekend.

The Illawarra Turf Club has been battered by rain for almost a fortnight.

“We’ve had just over 10 inches of rain here in the last week, which followed from heavy storms in the two weeks preceding that,” Craig said.

“The track at the moment is a heavy 10 … Overall the track itself is holding up pretty well to be able to handle that amount of water.”

Tomorrow’s qualifying heat at Kembla Grange is one of five, the others to be run elsewhere. The top three finishers will qualify for the Championship to at Randwick, 8 April.

“We’ve got four or five horses lined up to compete in it (tomorrow’s heat), and one of those Louie Sea Kay looks to be one of the main chances in the race,” Craig said.

“Apart from that there have been three qualifying heats run at various tracks and Kembla Grange trainers have already qualified five horses for the finals. We’re going to have a great representation at Randwick no matter what happens tomorrow.”

The forecast for the next 24 hours isn’t good. The Bureau of Meteorology said more showers are expected to hit tonight, and continue more tomorrow.