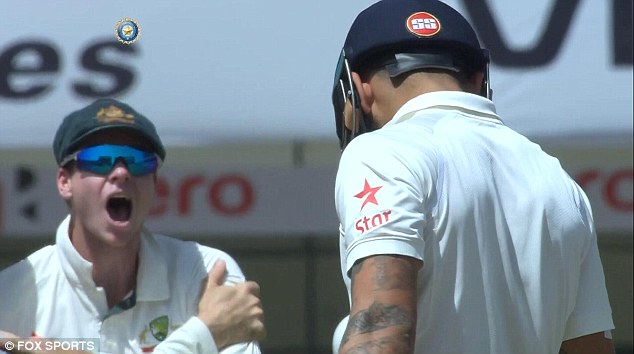 Australia’s cricketing tour of India promised to be one of epic proportions. Leading in to the tough campaign, the Australian Cricket Team enjoyed a good run of form, whitewashing Pakistan in a three test series at the end of 2016. The team, led by Captain Steve Smith, travelled to India with the hopes of upsetting the top ranked cricket team in the world.

It has long been reported that an Indian Tour is the hardest in professional cricket due to the conditions, atmosphere and hostile environment created by fans.

As expected, in the first three matches of the tour there has been no shortage of drama. In the first test match in Pune, the Australian victory was overshadowed by allegations of cheating and dirty tactics. More allegations were brought up in the second test in Bangalore. Indian Captain Virat Kholi all but labelled the Australian Captain Smith a systemic cheat after he looked at his dressing room for advice with a video referral,

“They’ve been doing that for the last three days and it has to stop. I saw that happening two times when I was batting out there. I pointed it out to the umpires … that’s why I was adamant. There are lines you don’t cross on the cricket field. I don’t want to mention the word, but it falls under that bracket.”

Now being dubbed by Australian media as the “Donald Trump of Sport”, Kholi’s antics were on show again in the third test after he injured his shoulder. His injury turned out to be a focal point of the match as it was mimicked several times over the course of the five days. In post match interviews, Kholi blasted Smith and the Australian media,

“It’s funny all our guys (Indian media) ask about cricket as the first thing and you ask about something controversial, but it’s okay. These things happen on the field.”

The controversy has added to the ongoing feud between the two captains, however Steve Smith would not weigh in on the dispute off the field, but rather look ahead to the final match,

“There’s always a bit of tension when you’re playing Australia-India in Test matches, if there’s anything called momentum, it’s with us at the moment,”

And now as the countdown is on to the final test match in Dharamsala, the series is in the balance, the drama is evident and the rivalry is fiercer than ever. Australia has the opportunity to clinch a series win, which could be considered one of the greatest victories in Australian Cricketing history. Meanwhile, the Indian side are looking to secure a home series win with their pride and number one ranking as a test cricket team on the line.