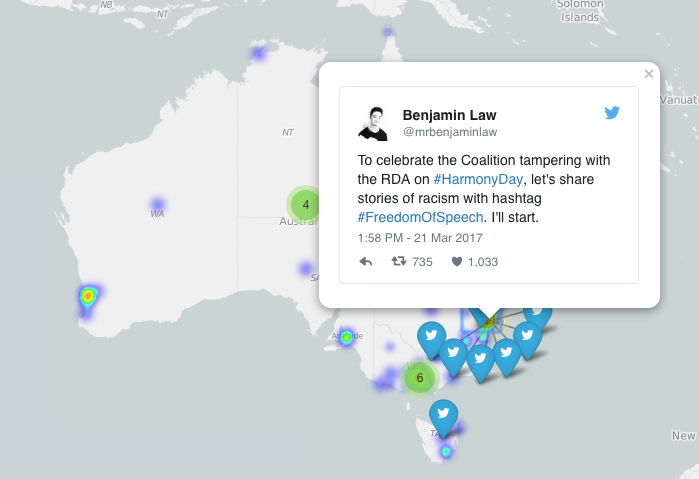 Harmony Day celebrations in Australia came to a standstill yesterday as Prime Minister Malcolm Turnbull addressed parliament with an orange ribbon pinned to his chest. Mr. Turnbull announced his plans to make changes to the Racial Discrimination Act, despite saying he had no intentions to do so prior to his election last year.

People all around Australia were quick to retaliate against the Prime Minister’s suggestion. Some have been saying that such a superficial change will do nothing to combat racism in Australia and is distracting the government and citizens from the real issues being faced by multicultural communities whilst others argued that these changes will increase tolerance for verbal racial abuse, which is the most common form of racism in Australia.

University of Wollongong student, Zohair Kidwai touched on the frivolity of the proposed changes when asked whether changing the Racial Discrimination Act will increase instances of verbal racial abuse.

Journalist and Author, Ben Law provided space on Twitter for Australian’s to tweet about their personal experiences of racism to protest Mr. Turnbull’s plans and to highlight the growing need for serious action in combatting the discrimination that was targeted at 4.6 million people in Australia over the past year.

The hashtag quickly gained momentum with over 26, 000 tweets containing #FreedomofSpeech being posted within the first 24 hours, creating a trending hashtag and a global reaction to the prevalence of racism in Australia.