Driver Hayden Pascoe Races From Dapto to US 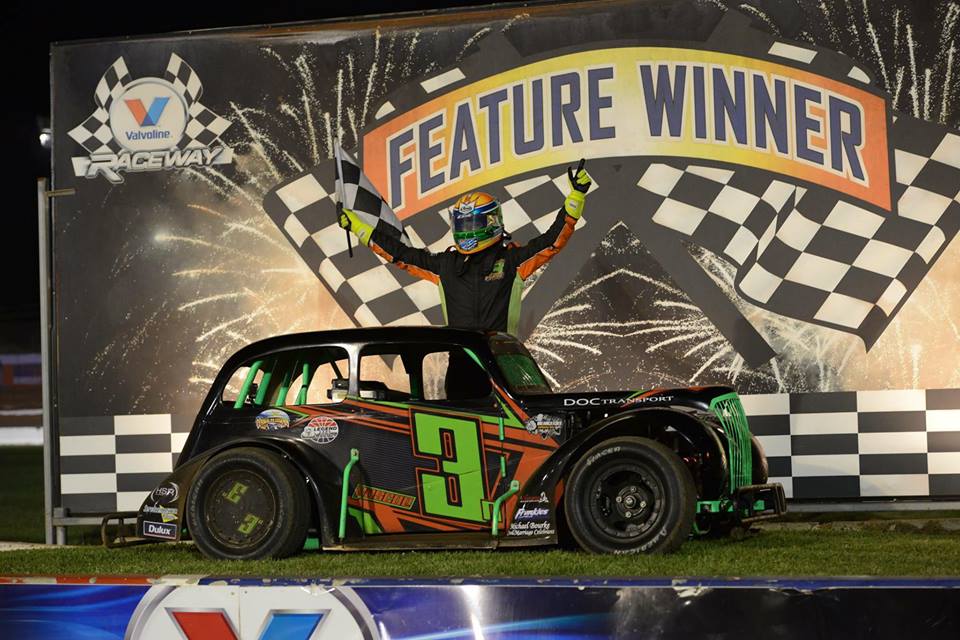 Heading to the US on Thursday, Dapto legend car driver Hayden Pascoe hopes to continue his streak of success.

The trip will see Pascoe competing in close to fourty races in tracks around America for Central PA Legends. This is on top of his efforts in the US last year with five top-five places, including a win, during August last year.

“Last season was pretty up and down. I had a few good nights and a few bad ones. But I’ve been on a good roll this year,” Pascoe said.

Pascoe is looking to stay on form from his just finished season at Sydney’s Valvoline Raceway where he experienced several high placing positions including four victories, four second-place positions and a third-place – all in ten races.

With back-to-back wins just last weekend as well as a record lap at Simpson Speedway, Pascoe’s US competitors have someone to watch out for over the next seven months of racing.

Legend car racing is a division of motorsports that features five/eighth-scale versions of Chevrolet cars from 1930s-40s. Pascoe’s new 1937 Chevrolet coupe is one such car, and something he attributes his recent success to.

The upgrade in gear is a welcome change for Pascoe who had to deal with a crash affecting his performances last year. Colliding with another vehicle, his car at the time sustained significant damage.

Crash at the Valvoline Raceway

“Everything was pretty much bent and I’ve had some mechanical problems and bad luck along the way,” Pascoe said.

Coming into 2017 with that well behind him, Pascoe is optimistic about his second trip to America. Taking to his Facebook page to announce the trip, he’s got the support of a bunch of fans to back him.

“I try to base my driving on a few of the top guys. You have to try and be consistent and try and do what the quick guys do and make yourself one of those people.”