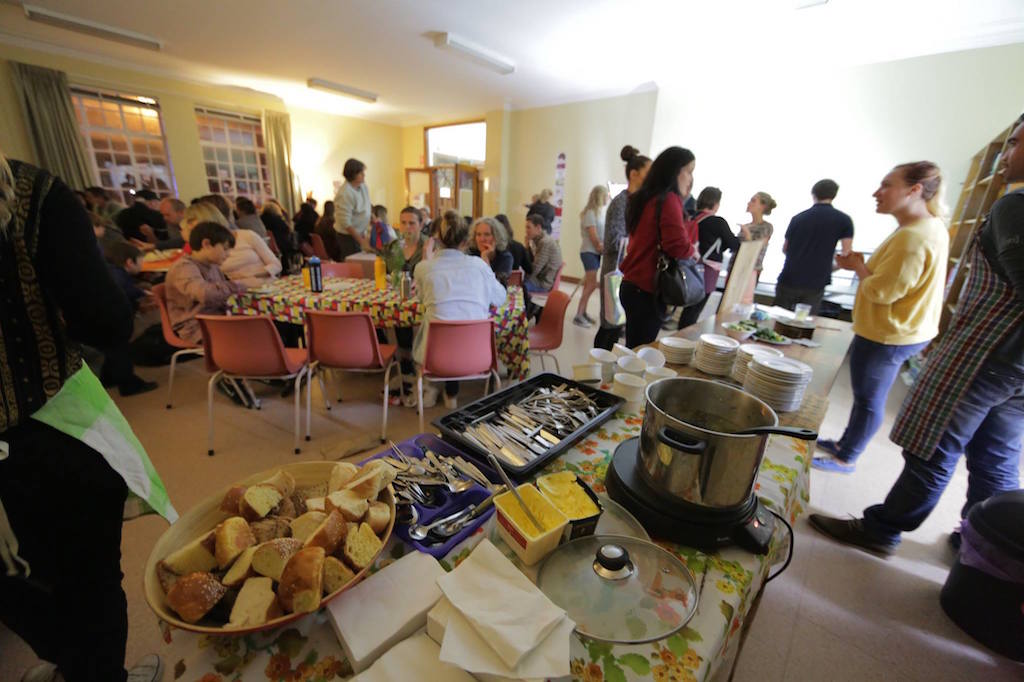 Many students thrive on takeaway, 2-minute noodles, white bread and coffee to get them through their university years. But how much of that food is wasted?

Australians throw out $8 billion worth of edible food every year and, according to foodwise.com.au, young consumers between the ages 18-24 are among the biggest wasters of food.

To spark conversation with young people about avoidable food waste, Hidden Harvest hosted a Soup and Film Night at the University of Wollongong in October. The organisation is based on a ‘produce recovery’ program that employs low income farm workers.

Hidden Harvest’s pop-up kitchen served soup prepared with ingredients that would have normally gone to waste, followed by a screening of the film Just Eat It: A Food Waste Story.

Tess Spaven, a memver of Hidden Harvest, says the event was designed to highlight the environmental and social issues related to food waste.

“One of the biggest environmental implications is the food production cycle,” Ms Spaven said. “So much water, energy, land and time go into the production of food, so when we buy something and discard of it without any thought, all of these processes are forgotten.”

Ms Spaven said people are developing a moral disconnect from how much value food holds. “It is the very thing that sustains us yet we treat it as disposable,” she says.

UOW student and environmentalist Jonathon Goodacre has attended Hidden Harvest pop-up events before and he said such offer people simple, yet creative ideas to reduce their food waste.

“I’ve started a veggie garden in Styrofoam boxes, which is an easy thing to do,” he says, “I was throwing out veggies I’d forget were in fridge. It’s terrible how much you food waste just by stuffing it towards the back of the fridge.”

Ms Spaven said reducing food waste doesn’t have to involve massive lifestyle changes. “It can be as simple as creating a use-first-shelf or container in your fridge so you know what needs to go first.”