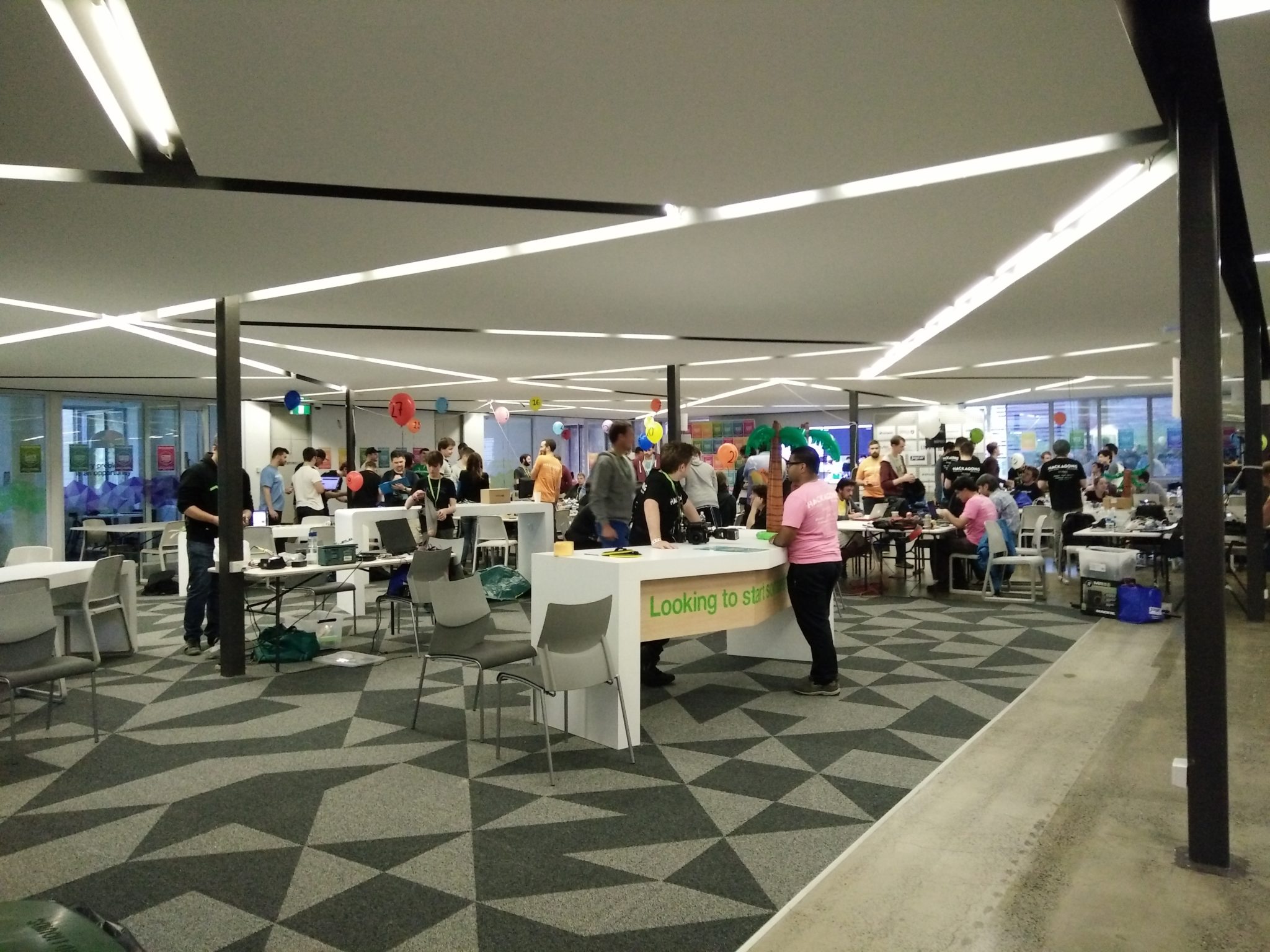 A gift-sharing app, a 3D-printed pig disguised as a smart swear-jar, and a device that can diagnose a sexually transmitted infection in the privacy of your own home. These were just a few of the innovative ideas hatched under the pump at the third-annual Hackagong event in Wollongong recently.

Taking place over a marathon 30+ hour weekend in September, Hackagong was inspired by similar international hackathons. Such events are now commonplace in the technology industry, with companies like Facebook and Google staging them in the name of creativity.

Hackagong is very important for the emerging local technology industry, as event co-organiser Stewart Wilson explained. Within the regional context, the event uniquely “allows people, who wouldn’t normally do something together, to build out an idea and potentially come out of it with a startup,” Wilson said.

It also consistently attracts emerging thinkers and innovators from the region and surrounding areas, as well as support from tech-giants such as Google, WiseTech, and Adobe.

‘Peach Protector’ was just one of the innovative projects built at the hackathon, taking out two category-prizes in the process. Constructed with the help of new 3D printing technology, the prototype allows users to easily diagnose E. coli, chlamydia, and gonorrhoea infections through an at-home urine test. For $300, backers can pre-order a functioning prototype device, while the project is already receiving considerable attention on its crowdfunding page.

Another project, ‘GiftStarter’, was first first conceptualised when a friend of developer Matt Rowles “was trying to organise a wedding.” The self-described “Kickstarter for gift buying” allows friends to pool together money for a larger gift, powered by payment platform BrainTree. In the aftermath of the event Rowles was happy to report that the team “nailed it.”

Category-prizes have already been presented to winning teams, with a reported $150 000 worth of prizes being handed out. An overall winner is expected to be announced at the upcoming Hackagong DemoDay. Hackagon Teams were asked to submit their projects to crowdfunding websites, and the 5 most popular projects pitched their ideas on October 2.