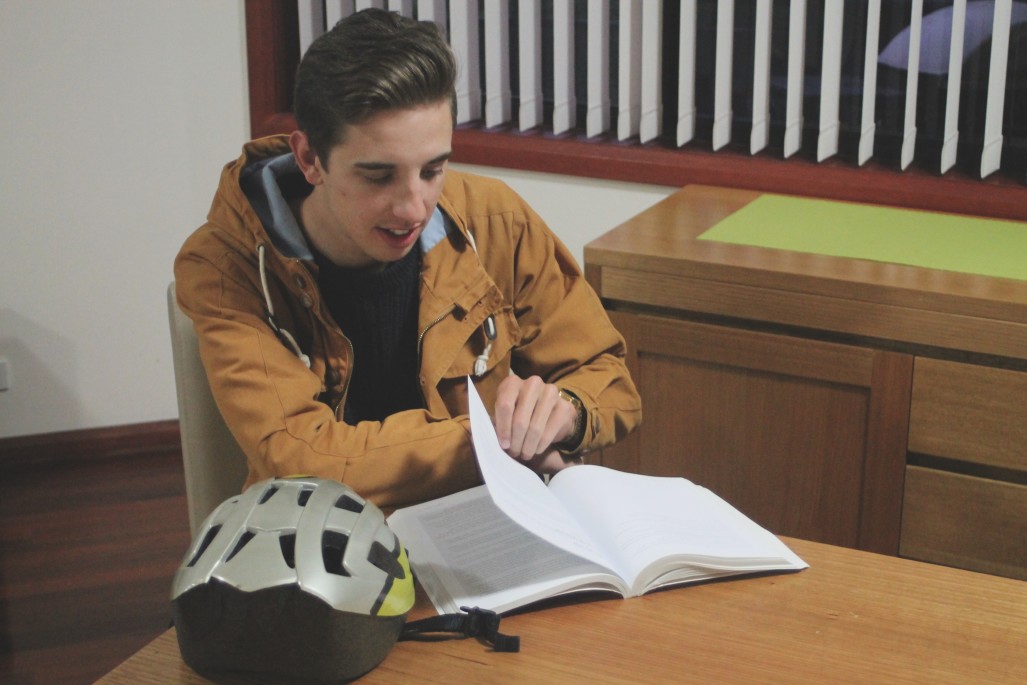 Representing Australia on an international level is a great feat for any professional sportsperson – and that’s something that 19-year-old UOW student Blair Arnold can appreciate first hand.

Arnold has just recently returned from the international cycling race the Tour De Tahiti Nui after competing for the Australian team ‘La Klinic Du Velo’, placing second in the event.

The race, which spanned  five days, saw competitors cycle up to 120km each day through the terrain of Tahiti. But while the race itself proved a challenge, Arnold’s love of competitive cycling hasn’t dimmed: “[It’s] incredibly rewarding when all the intensive training sessions pay off’.

Arnold’s father, Marcus Arnold, 58, also plays an instrumental part in training and preparing his son for such international cycling events.

Mr Arnold has previously trained world champion cyclists and national medallists, though he particularly enjoys working with his son. “We will often train six days a week, ranging up to 500km and 19 hours,” he said. “If Blair were to go from amateur to professional, his hours of training and commitment would increase exponentially.”

However, Blair Arnold frequently struggles to maintain the intensive training routines that are required of him at present whilst completing his studies at the University of Wollongong.

“University is probably the biggest hurdle in my cycling career. I struggle to train the amount that I want to or should at the moment and if I wanted to started race Australia National Road series, a lot more commitment would be required,” he said.

Education however is something that Blair Arnold is passionate about, hoping one day to move into and develop a career in print journalism, reporting on sport. “I definitely would like a professional career in either of the two…but for the meantime, I will continue to try my best at balancing the two”.

Blair and Marcus Arnold are set to begin training for the Tour De Tahiti Nui 2016 shortly, as the university semester comes to a close.