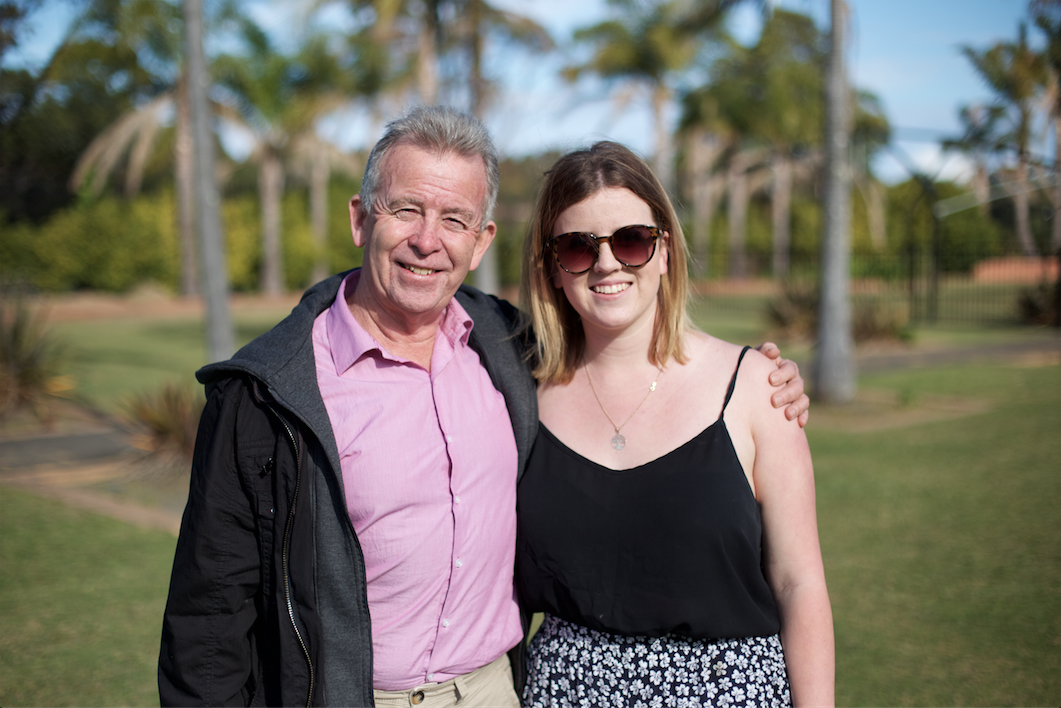 Michael White was born with a hereditary kidney disease that profoundly impacted his late teen years. At the age of 16, White began to notice a loss of body weight and muscle. He was soon diagnosed with renal failure; a medical condition where human kidneys struggle to filter waste from the blood. At just 18 years of age, he received his first kidney transplant.

White continued to live a reasonably normal childhood and took a keen interest in swimming. He was passionately involved in the sport as a young adult and was quite competitive. Despite receiving a kidney transplant just three years prior, White’s body rejected the kidney, and left him to undergo a second transplant operation. The immunosuppressant drugs he was on failed to prevent his body from rejecting the organ, and, 10 years later, White received a third kidney transplant.

More than 30 years later, White lives a healthy and active life, and continues to swim. He inspires others, including his daughter Chloe. He wants to compete in the 2017 World Transplant Games held in Spain, White and his Chloe say the event raises awareness of the need to increase organ donations. White will competw in a number of events, including the 400m freestyle, 200m freestyle, 100m freestyle and a medley event.