Stallions bring AFL back to Dapto 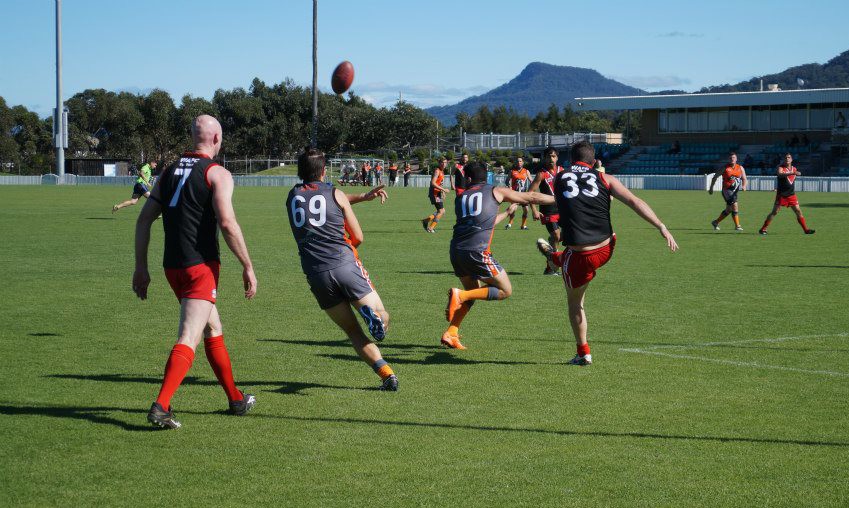 Australian Rules Football is back in Dapto.

The Dapto City AFC is filling an AFL void that was created when the Dapto Hawks folded in 1994.

Launched in November last year, The Stallions are the newcomers to the AFL South Coast roster in 2015, and, after four rounds are sitting eighth on the ladder with two wins and two losses in Division 2.

“It’s a chance for me to put back into the game that has given me a lot.” said Mr Chilcott, “I’m very passionate about the game,” Chilcott said.

The team has 32 players on its list, a mix of experience and novice.

“The more I can give back and teach these guys, thats more inspiring than going on the field myself. I couldn’t be any happier.”

The new club had been carefully planned.

“It’s been an ambition of mine for the past six years,” Yates said.

“I wanted to get Dapto started again.

“Behind the scenes many people haven’t seen what has gone into making this a reality. There’s been blood, sweat and tears to get where we are.”

The rebirth of AFL in Dapto has not been easy.

Yates and his wife and club president, Schell, were concerned about how the Stallions would be greeted by other clubs in the league.

“All but three of our members come from Dapto, with the others coming from nearby suburbs. It hasn’t impacted the other clubs at all.”

Chilcott conceded the club is still finding its feet, on and off the field.

“The club is building its own traditions.” Chilcott said.

Yates said there are big plans for the future of AFL in Dapto.

“I want us to expand to from having just the one team to having the chance for everyone to play, including a junior team,” he said.

“It is my hope that we can expand and become the strongest team in the league.”