Same-sex marriage around the world 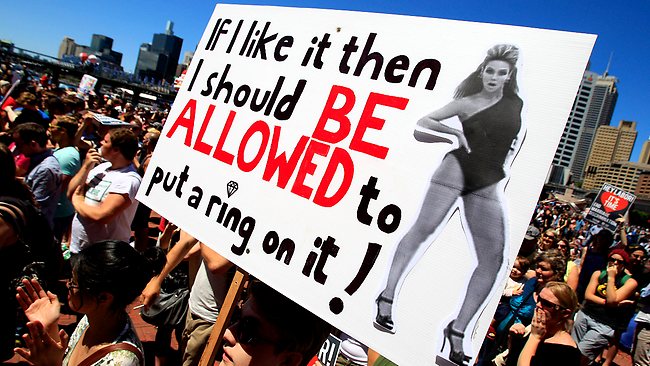 Australia has been described as the ‘odd one out’ among commonwealth nations, when it comes to same sex marriage. However this may no longer be the case, as Opposition Leader Bill Shorten has confirmed Labor will move a bill to legalise same-sex marriage next week.

New Zealand, United Kingdom, Canada, and now Ireland are among the 21 countries, which have awarded full recognition and rights to same-sex partners. If legislation is passed, Australia will be the 22nd country in 14 years to legalise same- sex marriage.

The day the law came into effect, four same-sex couples were married.

South Africa was the first country in the Southern Hemisphere to legalise same-sex marriage.

Ellen DeGeneres and Australia’s Portia de Rossi tied the knot at their LA home in August 2008.

No members of parliament voted against the bill in Iceland.

Sex and the City star Cynthia Nixon got engaged to her partner, Christine Marinoni, in 2009 at a rally supporting same-sex marriage in New York. The parents of two children tied the knot in May 2012.

In the following year, 926 same-sex marriages were registered in New Zealand.

Neil Patrick Harris and David Burtka made it official in a surprise wedding in Italy in September 2014.

Ireland is the first country to approve gay marriage in a popular national vote.

In some nations, same-sex marriage can be performed only in certain states, such as the United States, which has legalised same sex marriage in 37 states.